The Panthers fell to a narrow 22-18 loss to South Sydney Rabbitohs at Panthers Stadium on Friday.

A slow start saw Souths skip out to a 10-0 lead early on, but the Panthers clawed their way back into the contest in the second half. A late Viliame Kikau try set up a grandstand finish, but it was not enough as the Rabbitohs got home by four points.

The Rabbitohs got off to a dream start on the back of an early penalty. Cody Walker caught the Panthers short of numbers out wide and sent Kyle Turner over, giving Souths a 4-point lead in as many minutes.

The Panthers almost returned serve in the 7th minute when Nathan Cleary chipped over the top with Isaah Yeo chasing through, but the Rabbitohs cleaned up at the back.

Another opportunity presented itself in the 13th minute when James Maloney sent a cross-field bomb to Waqa Blake, but the centre could not get a clean catch.

Nathan Cleary mowed down Reynolds to save a certain try, but the halfback still managed to stretch the Rabbitohs lead in the 20th minute when he kicked a penalty goal.

Two minutes later, they went out to a 10-0 lead. A towering Walker bomb hit the deck, and Reynolds spun it wide where Dane Gagai got it away for Corey Allan to score in the corner.

The Rabbitohs threatened to further extend the margin when they went on the attack in the 31st minute, but Josh Mansour stood up twice to deny them. First, he batted dead a dangerous Reynolds grubber, and then he wrapped up Gagai over the try line.

The Panthers seemingly pegged one back in the 36th minute as James Fisher-Harris pounced on Sione Katoa’s grubber, but they were penalised for a diagonal play-the-ball.

Mansour made a line break from a scrum to put the Rabbitohs on the backfoot heading into halftime. However, they gave away a penalty in the closing seconds to kill off the momentum, forcing the Panthers to settle for a Nathan Cleary penalty goal.

The Panthers came flying out of the blocks in the second half as James Maloney scored their opening try in the 43rd minute. Wayde Egan jumped out of dummy half and linked with Reagan Campbell-Gillard, who got the ball away for his five-eighth to slide over, and Cleary’s conversion closed the gap to two points.

It set in motion a period a period of Panthers dominance, which almost spelled another try in the 51st minute. Cleary picked up a loose ball and ran in, but a knock on was ruled against Moses Leota.

After Caleb Aekins got caught up in the line in the 55th minute, Reynolds put a kick through for Walker, but Liam Martin got back to the ball in time.

Walker sliced through after the ensuing dropout however, and Reynolds added the goal to give the Rabbitohs an eight-point cushion after 56 minutes.

The Panthers worked their way back into the red zone, and persistence paid off as Maloney threaded through the defence for Dallin Watene-Zelezniak to touch down in the 61st minute. Cleary’s conversion attempt was waved away, and it remained 16-12.

Waqa Blake rose above the pack to bat a Cleary kick down to Viliame Kikau in the 66th minute, but the Rabbitohs scrambled to bring him down short.

The Panthers had plenty of ball in dangerous territory afterwards but failed to capitalise on their chances.

A penalty to Sam Burgess carried the Rabbitohs up the other end, where Walker slipped away and found Gagai on his inside. Reynolds converted, putting the result beyond reasonable doubt at 22-12 with 6 minutes left.

However, the Panthers won the ball back from the kick-off and set up a grandstand finish as Kikau made something from nothing to power his way over the stripe. Cleary landed the conversion from out wide, leaving the Panthers 5 minutes to score a try.

They were unable to complete a comeback however, as the Rabbitohs hung on for a narrow win. 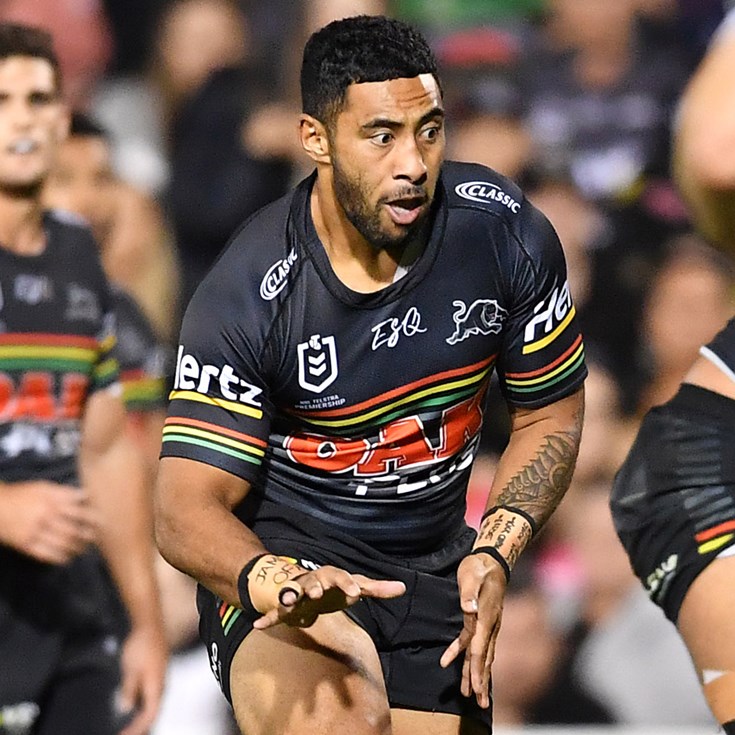