The Panthers were held to a 14-14 draw in an enthralling encounter with Newcastle Knights at Campbelltown Stadium on Sunday.

It was a case of what-could-have-been for the Panthers, as they let a 14-0 lead slip against an injury-stricken Knights side.

Newcastle showed great courage to storm home and force golden point, where the rugby league gods were not on Penrith’s side.

Young Matt Burton had five field goal attempts, one of which struck the upright. But it simply was not to be for the Panthers, as they were held to their first draw since 2009.

The Knights lost Mitchell Pearce and Connor Watson to injury early in the piece, but Newcastle put up a brave fight to jag a draw in an unbelievable match.

The Panthers scored first, when Jarome Luai took it to the short side for Viliame Kikau to barge over three defenders and score.

Kikau opens the scoring for Penrith

Stephen Crichton assumed goal-kicking duties and converted his first attempt to give the Panthers a 6-0 lead after 20 minutes.

Matt Burton put Penrith back on the attack soon after, as his towering bomb was fumbled by Newcastle.

The Panthers took full advantage, switching to the right edge where Kurt Capewell slammed it down for a try on his club debut.

An eight-point try was awarded due to an infringement by Edrick Lee, allowing Crichton to stretch the Panthers’ lead to 14-0 after 25 minutes.

Capewell scores his first try as a Panther

The Panthers’ dominance was not reflected in the half-time score line however, after Newcastle pegged a try back against the run of play.

Jacob Saifiti muscled over on the stroke of halftime, trimming the Panthers’ lead down to eight points.

The Panthers had a wealth of possession to begin the second half but could not find a way through Newcastle’s resolute goal-line defence.

Newcastle had a chance to snatch the lead with a conversion in the 70th minute, but Tex Hoy’s attempt scraped the upright, setting up a grandstand finish.

A strong charge by Brian To’o gave Burton another chance, but his strike was cruelly waved away, sending the match into golden point.

Matt Burton had another opportunity to win it in the early stages of extra time, but this shot struck the upright.

Newcastle marched up the other end where more drama unfolded. After having a field goal attempt charged down, the Knights looked destined to win it as they had a two-on-one out wide. But the Panthers got out of jail, as the final pass went into touch.

The match entered a second phase of golden point, where another field goal attempt by Burton narrowly missed.

Neither side was able to snatch a winner, as the dramatic clash ended in a draw. 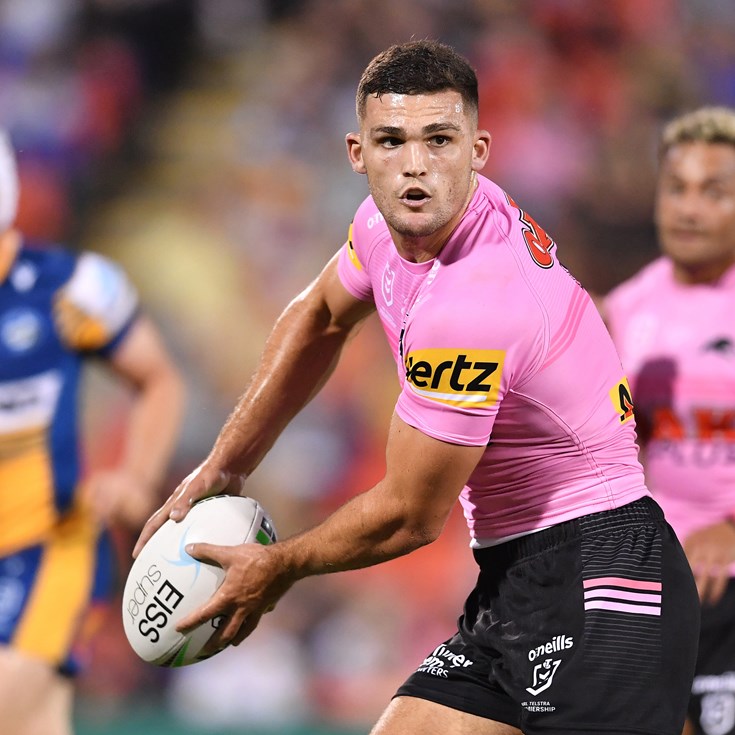 Panthers prove too strong for the Eels