The Canterbury Cup Panthers head into the finals with plenty to think about following a 42-34 loss to Blacktown Workers Sea Eagles at HE Laybutt Field on Sunday.

A top four spot was guaranteed if Penrith emerged victorious but a slow start cost them dearly, as they slumped to a 32-6 deficit at the break.

It is the second time in just as many games that has happened after the Panthers also trailed the Bears by 26 points at half-time last week.

The result means Penrith will play Wentworthville Mapgies in an Elimination Final next week.

The sides shared results in their two meetings this year, with the Panthers winning the first by 10 points while Wentworthville were victorious by eight in the other.

The Sea Eagles went over for the first try on Sunday after a great ball from Zach Docker-Clay to a charging Francis Laloua-Tui.

Kane Elgey then scored the first of his two tries when he was backing up in the middle for Cade Cust.

The former Titan then set up Tim Simona off a lovely cut-out pass before topping it and throwing a spectacular looping ball for Jade Anderson who kicked ahead to score.

It was a masterclass from Elgey who later got on the outside and stepped back into the middle and through the Penrith defence.

The Panthers eventually troubled the scoreboard when Matt Burton took on the line and tossed it onto Reed Izzard.

But the celebrations proved short-lived as a perfect kick from Cust saw Anderson dive over for his second.

Matheson Johns opened the second half with a try for Penrith but they couldn’t build on it as Simona crossed over early in the second half to re-establish Blacktown’s dominant lead.

Brendan Hands then forced his way over for the Panthers before a later break ended with Charlie Staines streaking away.

Former Panther Andy Saunders then surged over to put a dent in Penrith’s hope of a comeback.

The Panthers refused to roll over though as Shannon Harris fought in a tackle before offloading for Johns to go over for his second of the day.

The revival continued as Hame Sele barged up towards the posts and found the strength to pop a late pass for Kaide Ellis.

It wasn’t enough though as the Panthers suffered a defeat which puts real questions marks over their finals credentials. 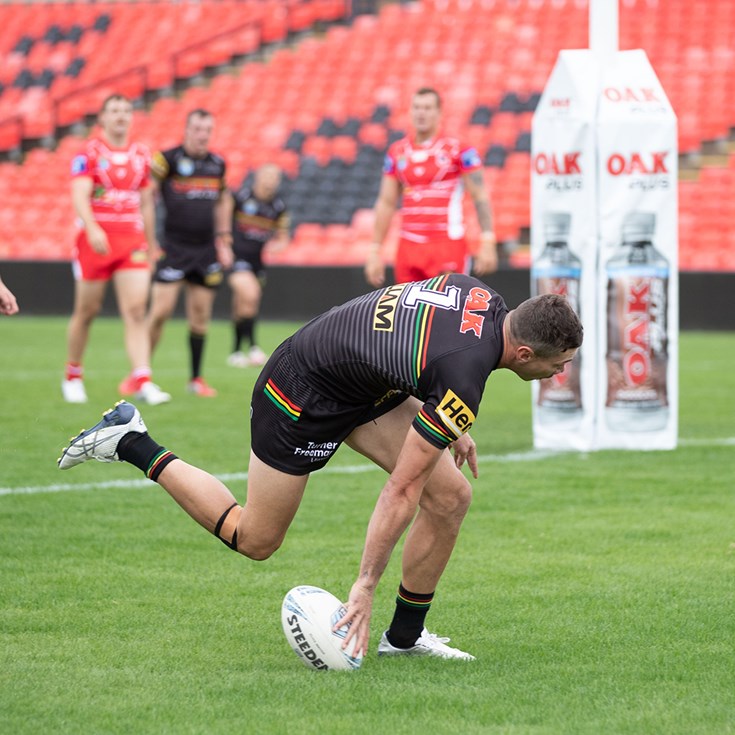 Panthers pile on points against Dragons