The Canterbury Cup Panthers claimed their fourth-straight win and temporarily climbed to top spot on the ladder with a 28-10 win over the Warriors at Panthers Stadium on Saturday.

Reagan Campbell-Gillard, who played the 75 minutes in the middle, combined with fellow prop Spencer Leniu for over 450 running metres in the win.

Falls featured early with a well-weighted grubber for Matheson Johns.

And the centre looked to have pounced for the first try of the afternoon only for the referee to rule it was initially grounded by the Warriors.

Pressure continued to build though as Mitch Kenny forced another dropout off the ensuing set and it eventually told.

Falls this time was rewarded as he sent Josh Mansour over untouched off a lovely cut-out pass. Brayden McGrady nailed the conversion from near the sideline.

Kenny then darted through the middle and found Falls in support, the nifty halfback pulled up 10 metres out from the Warriors line.

A leg pull earned Penrith a penalty but they couldn’t capitalise, coming up with an error soon after.

And they were made to pay as New Zealand marched upfield off a penalty before Solomone Kata scored. The attempted conversion was waved away.

Momentum then swung back in the home side’s favour when Mansour fought in a tackle to earn a penalty.

It brought Penrith up into the Warriors’ red zone and they capitalised immediately as Caleb Aekins put Matheson Johns over in the 26th minute.

McGrady was again perfect off the boot as he extended the lead to eight.

A pinpoint kick from Falls from inside his own half was backed up by a committed group of Panthers chasers who dragged the Warriors in-goal to force a repeat set.

It was the perfect reply after points made even better when Billy Burns raced onto a Kenny grubber for Penrith’s third of the afternoon.

McGrady’s conversion was waved away leaving the score line at 16-4 with six minutes remaining.

The Warriors eventually hit back in the form of a Hayze Perham intercept, with the fullback doing well to shut down what would have otherwise likely been a Panthers try.

Chanel Harris-Tevita slotted it over from right in front to reduce the deficit to six at the break.

The game was in the balance for the opening 20 minutes of the second half, with the Warriors dominating field position.

But Penrith stood tall in defence before Leniu broke the game open when he burst through the middle and linked with a speedy Laurie.

The try was converted by Falls from right in front.

The Panthers almost sealed the win when Ratu Tuisese linked with an unmarked Brent Naden only for the pass to be called forward.

Naden couldn’t be denied five minutes later though, Burns throwing a lovely long ball to put the winger over in the corner.

With McGrady given a well-earned rest in his first game back from an ACL injury, Falls stepped up to kick the conversion from the sideline and it left the final margin at 18 points. 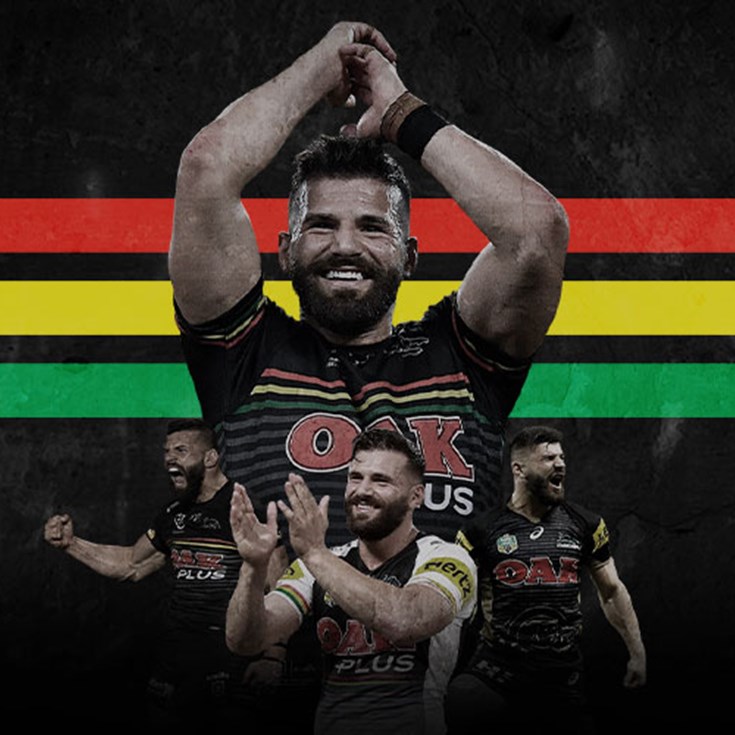