Maloney was forced to steer NSW around on his own after Cleary failed to return from the half-time break and Fittler was concerned about the intention of Maroons forwards Josh McGuire and Felise Kaufusi in the last tackle of the match.

Queensland prop Jarrod Wallace had earlier been placed on report for a late tackle on Maloney after he kicked the ball and Fittler suggested he was deliberately targeted.

"I'd like to see that last tackle again and some of the stuff that was going on with Jimmy," Fittler said. "I will have another look at that.

"For that time of the game, I'd like to see that again. I'm sure the review committee will have a look at it."

The match review committee will meet on Monday to consider whether there are any charges from the match.

After being left out of the team for Origin I, Maloney again demonstrated that he is a big game player and match winner with a five-star performance.

With Cleary off the field in the second half, Maloney shifted to halfback and Cronulla second-rower Wade Graham played the five-eighth role.

"He is just a winner, he just finds a way to win," Fittler said of Maloney. "He steered us around and I didn't have to talk at halftime because he was talking so that is good.

"That's his best game for a while and it is important he goes back to Penrith and does that again next week."

Fittler said it was always intended that Graham would play in the halves if either Cleary or Maloney was injured and he praised the Sharks skipper, who was selected after playing just two Telstra Premiership matches since undergoing a knee reconstruction last season.

Graham was a star five-eighth at junior level but has played most of his career in the back row.

"He is from Penrith, he can play anywhere," Fittler said. "Watching his last couple of games at Cronulla you can just see he is back. He is looking really healthy and fresh, his team is going great at Cronulla and I think everyone appreciated having him in camp."

Manly fullback Tom Trbojevic was selected at right centre but played a roving role and two of his three tries were scored on the left side of the field.

"He told me Fergo [winger Blake Ferguson] was getting all the hit-ups so he had to go and do something," Fittler said.

"He is a pretty good player, he reads the game really well and he knew he had a job to be our right centre but I think he is one of those blokes who knows when you are on top and takes advantage of it.

"He didn't let us down in being in position and also came up with some really good tries. If Manly need a really good right centre I think there might be one there in Tom."

Asked if he felt vindicated after a week of criticism since making seven changes to the Blues side which lost 18-14 in the series opener, Fittler said: "I'm so excited because a lot of blokes are sitting in there most probably having played part of one of the best games they've been part of." 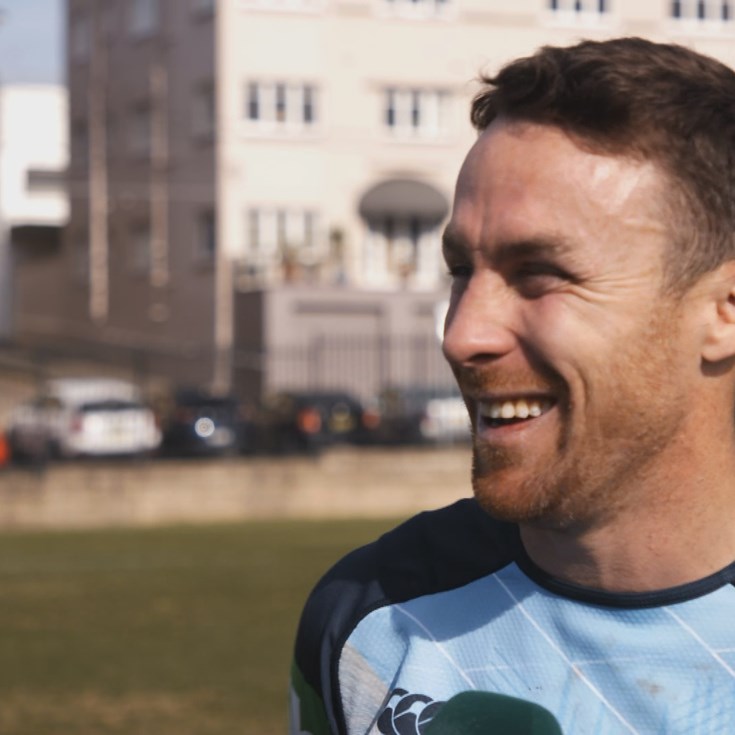