NSW have heard it all before about Queensland being underdogs and they won't be making the mistake of underestimating the Maroons, even with Billy Slater out and Dane Gagai's injury scare.

The Blues are taking no notice of Queensland's reshuffled backline, instead focusing on themselves in the remaining hours before Wednesday's Holden State of Origin opener at the MCG.

Champion fullback Slater succumbed to his hamstring injury on Monday, meaning Michael Morgan will replace him at the back and Anthony Milford has been elevated to the bench. The Maroons had a further scare on Tuesday morning when Gagai was hurt at the captain's run but he is expected to play.

NSW five-eighth James Maloney says it's irrelevant who Queensland choose – the Blues need to focus entirely on their own build-up and putting in an 80-minute performance worthy of the occasion.

"We haven't looked at them all week," he said.

"Everything we've been doing has been about getting us right and playing really well.

"It's irrelevant who we're playing against. It doesn't matter about the guys who are missing, they've got a really good Queensland side and it will be really tough."

Maloney, playing in his 10th Origin, is enjoying the added responsibility of being the senior playmaker.

"With the leadership role - I'm more mindful for everything and the effect I have (on the team)," he said.

Maloney has checked in a couple of times with his Panthers teammate during the last few days to ensure he's in a good space.

"I've talked to him in the lead-up and had a little chat to him the other day, to see how he's going," Maloney said. "Just let him go and enjoy. You don't want to make it about the game - as the game gets close, you can address it.

Blues fullback James Tedesco is keen to use his experience and preparation to help the likes of Josh Addo-Carr, Latrell Mitchell and James Roberts adjust to the intensity of Origin.

"The first 20 minutes is going to be the toughest," Tedesco told NRL.com.

"(I need to) prepared for the fact that a lot of these guys don't really know when you say it's going to be the hardest game. It's pretty hard to explain - apart from getting out there and feeling it."

Tedesco knows he'll need to make his voice heard in defence but feels he's improved in that area.

"My communication and defence, and organisation, has really improved. I think it's just being consistent and executing it every play."

With Slater's retirement from representative football, it opens up a spot in the Australian side, something Tedesco feels is within his grasp.

"I'm still on that journey to be the number one," he said.

"There's a lot of good fullbacks around at the moment. Being in this squad and being the fullback is a step towards that. Billy's retiring does open up that opportunity at the end of the year, but I don't want to think about Kangaroo selection. I just want to play good footy here and hopefully selection comes my way." 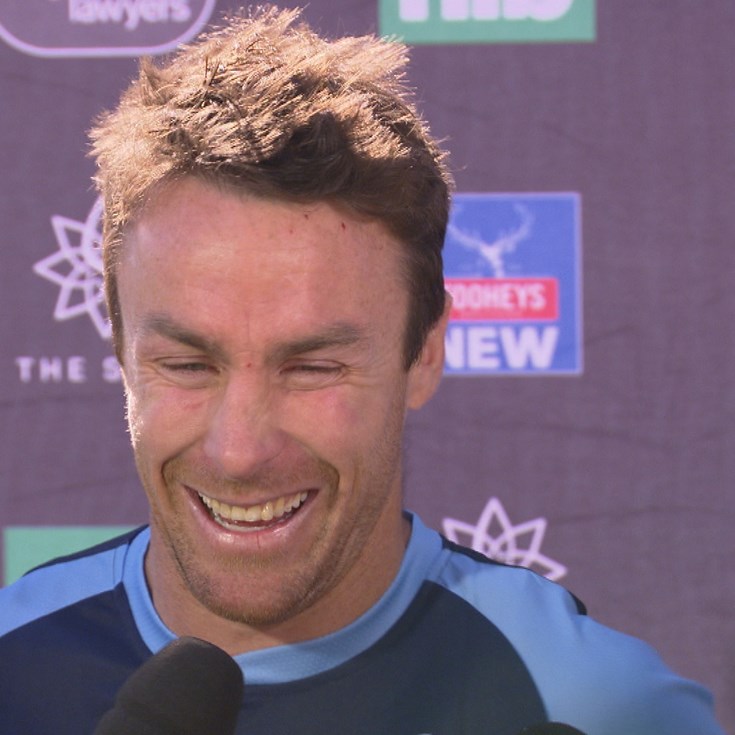