One of the main architects of the Blues' Origin series win, James Maloney believes a whitewash on Wednesday night would leave a real imprint on Queensland's psyche heading into 2019.

The veteran five-eighth, who will be paying his 12th game for NSW in Origin III at Suncorp Stadium, hasn't delved too deeply into how a 3-0 series result would pan out for the Maroons.

But he's convinced a belting like that will have consequences.

"I haven't really thought about that [a lot]. But obviously it's got to do some damage to them surely," Maloney said as NSW prepared for an opposed session at Allianz Stadium on Sunday before the team heads to the airport on Monday to fly to Brisbane.

Considering the injuries and retirements Queensland have endured for the 2018 Holden State of Origin series, the main change next year will be new personnel.

But a series whitewash would allow coach Kevin Walters and chairman of selectors Gene Miles to clean out any perceived dead wood and rebuild with younger timber.

One definite change is at No.1 with Billy Slater playing his 31st and last Origin for Queensland, his first match as captain.

Queensland's stand-in skipper and Maloney knew each other at the Melbourne Storm when they played together during the 2009 season. They actually had one game together three years earlier in 2006 with the North Sydney Bears.

Slater had a horrendous 2006 season with a seven-week suspension in round four for kicking Wests Tigers prop John Skandalis. In his comeback match in round 13 he was suspended for another two weeks for a dangerous throw on Sydney Roosters centre Ryan Cross.

North Sydney were the Storm's feeder club so coach Craig Bellamy sent Slater there to get some match fitness and his confidence back.

"I played with him at North Sydney Bears ... one day at Brookvale ... just for one game," 32-year-old Maloney recalled of his first playing memory of 35-year-old Slater.

"He'd already played first grade and Origin by then. He was pretty established."

Maloney was playing trial games for the Bears and then headed out to Parramatta. He made his first-grade debut at Storm in 2009.

"Really good player … really good talker," Maloney said of his time observing Slater from both sides of the field.

"As a half it helps you out as he sits behind you and tells you, especially in terms of kicking, right corner, left corner, fullback is gone, hook back… things like that. He's always busy."

And that was Slater's mantra for the first 20 minutes in Origin II. After missing Origin I with a hamstring strain, he was everywhere on the left edge for the Maroons, chiming into backline movements in attack and pointing to holes in defence.

Maloney said there would be no extra video done on Slater because his Origin II presence was so strong.

The Lockyer that Slater sees in Ponga

"He will have the same amount [of time] as anyone. It's just the impact he has and his ability to organise people around the ball, especially early in the tackle count," Maloney said.

"Bill's been doing that forever so it's not really a secret or a surprise. We know he'll be doing it again."

The absence of Greg Inglis [broken thumb] with Dane Gagai shifting to centre is also of little concern to NSW.

"We don't really care who they've got in or out. We know we can improve – we can do better," Maloney said.

"I still think we've got a lot of improvement in us. The focus is on getting that improvement out of ourselves."

Origin at Suncorp, there's nothing like it! Game III tickets available here 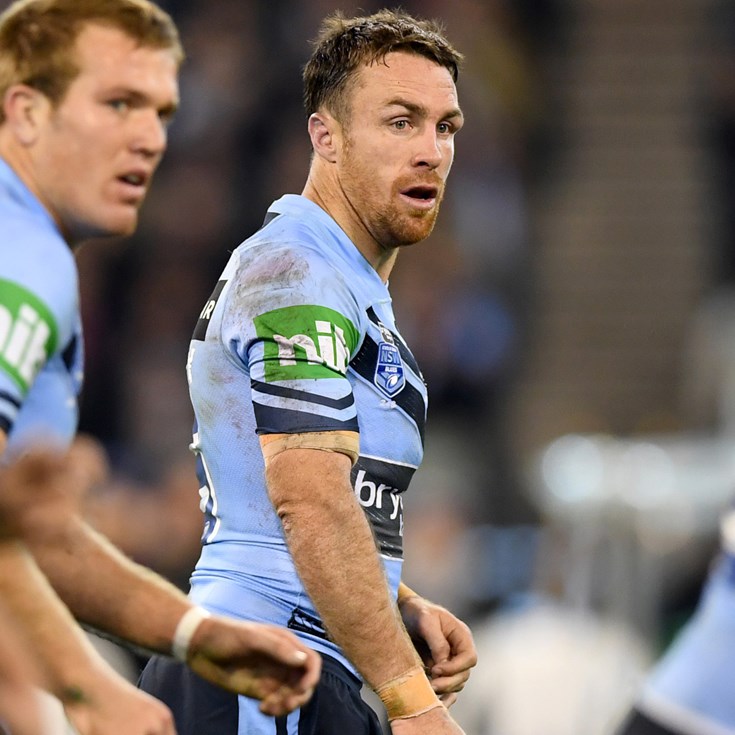