Penrith halfback Nathan Cleary has done enough to hold on to his NSW State of Origin jersey while the Blues will blood five debutants for the opening match of the 2019 series.

Brad Fittler announced his squad for game one on Sunday night with the Penrith halfback retaining his spot, partnered alongside South Sydney pivot Cody Walker.

The in-form Rabbitoh, who will be making his Origin debut, was preferred ahead of last year's series-winning five-eighth James Maloney after Roosters playmaker Luke Keary was ruled out following a heavy head knock in the loss to Newcastle on Friday night.

Another player with no Origin experience, Wests Tigers forward Ryan Matterson, was named 18th man by the Blues on Monday.

Fittler said he wanted to stick with Cleary after his efforts in the winning 2018 series. While he conceded the appeal of pairing Walker with club halves partner and 2016 Blues rep Adam Reynolds, the fact Reynolds picked up an ankle injury over the weekend after Cleary starred against the Eels on Thursday made the decision easier.

"The fact Adam went down and he's going to be out for a couple of days… I spoke to Nathan during the week about what he's playing under at the moment and asked about, if he stands up this week it tells us that he'll be right and I thought he was fantastic," Fittler said.

"The combination with [Reynolds and] Cody Walker could have been valuable but the cards fell the way they did and Nathan got the shot.

Breaking down the Blues' Origin I team

Fittler conceded he didn't yet know Walker personally but was excited to get him into camp.

"We've been speaking about Cody for a long time; you'd be blind if you didn't see the sort of form he's in and what he can do at the moment," Fittler said.

"We've got a couple of days to work out how we're going to play so that's a really fun part of the camp."

Second-rower Tyson Frizell sent a late scare through the NSW camp when he was taken off after a heavy knock for the Dragons against Cronulla on Sunday but Fittler was confident he would be right to play after passing the concussion protocols.

Fittler worked with Haas coming through the NSW Origin pathways and said while the young Bronco was just 10 games into his NRL career, he had been in the top squad for two seasons.

"His game in New Zealand was incredible," Fittler said.

"He's very mature, strong, great in defence, you couldn't go past him, he seems to be the best front rower at the moment."

Morris will switch from his usual left centre role to the right, where he played most of his representative career. He will partner with winger Cotric, who has recently moved to right centre at the Raiders after spending most of his NRL career to date on the left wing.

Angus Crichton got the nod for a bench forward's berth ahead of Wests Tigers back-rower Ryan Matterson and Dragons star Tariq Sims.

Murray will make his Origin debut from the bench alongside another representative rookie, Wighton, who has been chosen as the bench utility.

Fittler said he was impressed by Wighton's physicality and aggression while for recalled centre Morris it was as much his excellent work in attack with ball in hand at new club Cronulla as much as his renowned defence that got him over the line.

Knights halfback Mitchell Pearce was unavailable after picking up a groin injury in the win against the Roosters on Friday night.

The Blues have begun gathering in Bondi for their pre-game training camp.

NSW team for Origin I 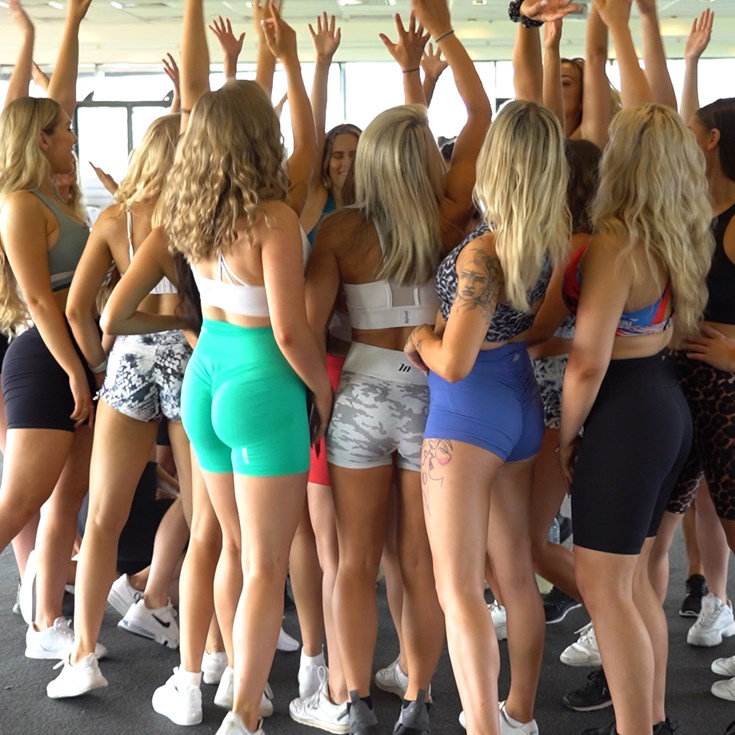 Cleary reveals race for five-eighth isn't over yet

Cleary hoping for another crack with Cody