The Panthers are back on the winners list after bravely defeating Parramatta Eels 16-10 at Bankwest Stadium on Thursday.

It was a gritty contest, won ultimately by the Panthers’ extraordinary defensive efforts in the final 10 minutes. Penrith repelled four consecutive sets on their own line to hang on for a vital win against their fierce Western Sydney rivals, despite finishing the game without Waqa Blake and James Fisher-Harris.

Nathan Cleary scored what proved to be the match-winner in the 60th minute, capping off a commanding performance by the halfback.

By winning the Battle of the West encounter, the Panthers become the first team to inflict a loss on the Eels at their new home ground. That is despite the 16,228 crowd consisting largely of Parramatta supporters.

It didn’t look promising early on however, with the Eels taking just two minutes to score. After the Panthers knocked on with their first possession, Will Smith thread the ball through the staggered defence, and found Maika Sivo.

Mitchell Moses landed the sideline conversion, then knocked over a penalty goal after Frank Winterstein’s late contact, making it 8-0 after 7 minutes.

Blake Ferguson tripped Waqa Blake as the centre was contesting a Nathan Cleary kick in the 12th minute. The Panthers received a penalty but did not capitalise on the field position.

The Panthers eventually opened their account in the 19th minute when Tim Grant muscled his way to the stripe after Sione Katoa shaped to pass out the back before going short. Cleary added the goal for 8-6.

The Eels came close in the 25th minute when Moses unleashed Shaun Lane, but Dylan Edwards and Dean Whare combined to dislodge the football. Brian To’o picked up the scraps and charged 20 metres to send the Panthers marching upfield.

Once they got up the other end, Nathan Cleary levelled the scores with a penalty goal. It was quickly cancelled out by another Moses two-pointer, despite his slip and Edwards almost making an outrageous goalkeeper save.

After Jarome Luai was placed on report in the 34th minute for a high tackle, a period of Eels dominance followed. However, the Panthers held their nerve to enter the break just two points behind.

The Panthers returned to the second half minus an injured Waqa Blake, but almost scored down the weakened left edge in the first set. Quick hands from Luai and Viliame Kikau created an overlap, but Tyrell Fuimaono’s pass to Josh Mansour went forward.

Cleary levelled things up in the 48th minute with his second penalty goal of the night.

Shortly after, James Fisher-Harris left the field injured, paving the way for debutant Mitch Kenny to enter the fray.

Nathan Cleary came up with two big plays as the Panthers hit the front for the first time in the 60th minute. First, he gathered Will Smith’s attempted downfield kick to put the Panthers on the attack. Then, he pounced on a Jarome Luai grubber and kicked the subsequent conversion to give the Panthers a 16-10 lead.

In the closing 10 minutes, the Panthers had to defend four consecutive sets in the red zone. It looked like their brave goal line defence was finally going to be cracked in the 75th minute when George Jennings set his sights on the try line, but Jarome Luai came up with a brilliant try-saver to maintain the Panthers’ advantage.

Luai was the Panthers’ saviour again in the 78th minute, backtracking to clean up a dangerous Mitchell Moses chip.

The Eels still had one last roll of the dice in the final minute and looked set to break the Panthers’ hearts when Blake Ferguson broke away. However, Josh Mansour came up with what proved to be the match-winning play, bringing down Ferguson and securing a much-needed win for the Panthers. 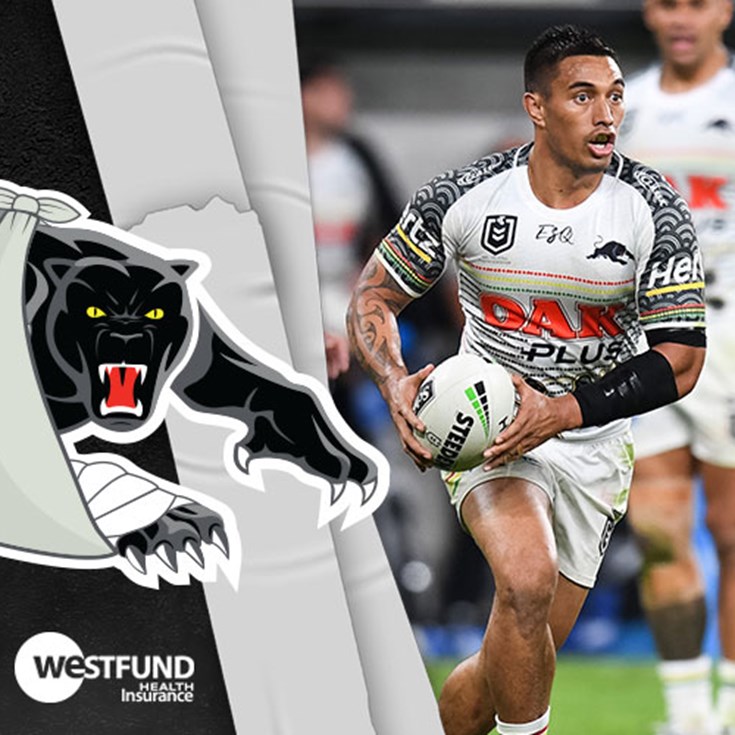