The Canterbury Cup Panthers opened their 2019 campaign with a 22-12 win over Wentworthville Magpies at Panthers Stadium on Sunday.

New signings Malakai Watene-Zelezniak and Frank Winterstein announced themselves to Panthers Stadium with a try each, as the fans who braved the wet conditions were rewarded with an astounding defensive effort by Penrith.

Malakai Watene-Zelezniak dived over for the opener after Caleb Aekins created an overlap on the right wing, and Jed Cartwright converted from the sideline to give the Panthers a 6-0 lead after 8 minutes.

Offloads from Frank Winterstein and Liam Martin put the Panthers on the attack in the 16th minute, and Aekins swept around the back again to send Tyrone Phillips over. Cartwright added the goal to restore the Panthers six-point lead.

Aekins improvised to force a dropout in the 24th minute, and the Panthers capitalised on the repeat set. Cartwright drifted infield and popped the ball up for Mitch Kenny to cross the stripe, and then converted to make it 18-6.

The Magpies spent an extended period camped in the Panthers red zone before halftime, but the Panthers were determined to maintain their 12-point advantage. This was highlighted by Cartwright chasing down runaway winger Greg Leleisiuao.

The Panthers were rewarded for their defensive efforts in the 46th minute as Frank Winterstein charged onto Isaac Thompson’s short ball to score, just days after joining the club. Cartwright was unable to convert, and it remained 22-6.

The Panthers were made to defend their goal-line for the vast majority of the second half, but after 65 minutes the Magpies had still failed to add another try to the scoresheet.

The Panthers looked to land the killer blow in the 70th minute when Thompson and Winterstein linked up again, but the wet football slipped out of the new recruit’s grasp over the try line.

Josh Minhinnick touched down in the 77th minute to add some respectability to the scoreboard, but it was mere consolation as the Panthers opened their Canterbury Cup account with a 10-point win. 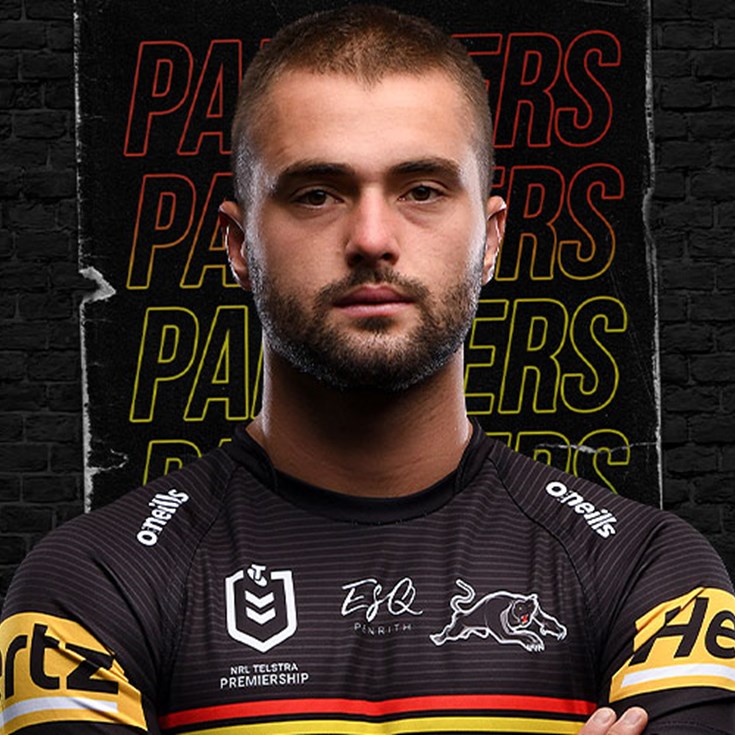