Panthers has continued its strong start in the 2019 Harold Matthews Cup competition with a comfortable 28-12 win over North Sydney Bears at Panthers Stadium on Saturday.

After an early grind, the Panthers eventually broke through for the first points of the match when five-eighth Liam Vella danced through the North Sydney defence before muscling his way over.

The try was converted by Jesse Buchan and Penrith lead 6-0 after 20 minutes.

Buchan turned try-scorer eight minutes later when he was put in space on the right touchline and raced 40 metres to score.

The Bears hit back three minutes into the second half when Tye Leyshon burst out of dummy-half, punishing the Panthers for a lapse in concentration.

Suddenly North Sydney were pushing for the lead, only for a dropped ball to be scooped up by Vella who sprinted 90 metres to score his second of the afternoon.

Vella wasn’t the only one showing a turn of pace in Saturday’s game, with Mason Teague slicing through the middle and running away to extend Penrith’s lead to 16 points.

A looping pass out of dummy-half from Nicholas Lenaz created an overlap on the right edge and Panthers halfback Jack Cole quickly linked with Buchan, who recorded his second try of the afternoon.

Norths reduce the deficit to 10 points when Aaron Kurnoth broke through and found Christian Abal backing up in support.

But it would matter little as the Panthers took the game 28-12 to maintain their unbeaten start to 2019. 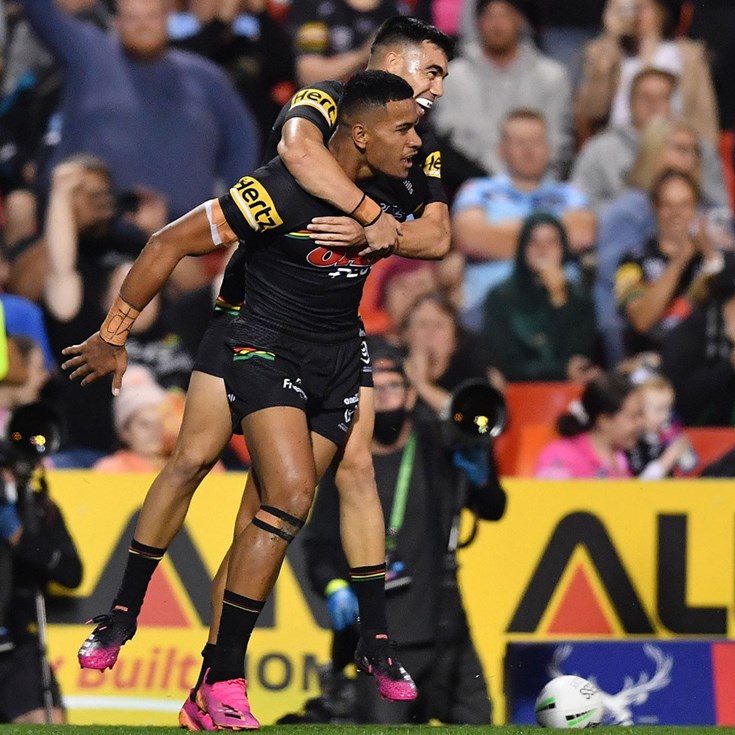 Presented By OAK Plus 45 mins ago