The Panthers will play in the 2018 Jersey Flegg Grand Final after a last-gasp 30-26 victory over Newcastle at Leichhardt Oval on Saturday.

Staring down the jaws of defeat, the late heroics of fullback Daine Laurie set up winger Thomas Lofts for a try in the corner to send the Panthers through to next week's decider.

The Panthers opened the scoring after just 3 minutes when Meni Luke sent captain Mitch Kenny over the try line from close range. Brendan Hands knocked over the goal to make it an early 6-0 lead.

It was a matter of moments before the Panthers grabbed their second try as a backline shift culminated in Marlon Ritchie finding the try line in the 7th minute. Hands converted from the sideline via the upright to stretch the lead to 12-0.

The Knights bounced back from their poor start to get back into the contest when winger Justin Worley touched down off a Mathew Cooper cut-out pass in the 14th minute. Kurtis Dark's conversion hit the woodwork and missed, and it remained 12-4.

A penalty by the Panthers carried the Knights back into the red zone where the quick hands of Dark sent Starford Toa over the line. Dark was successful with the boot to narrow the margin to two points after 18 minutes.

However, the Panthers regained some breathing space in the 22nd minute. Dean Blore linked up with brother Shawn, who crashed over, and Hands nailed the goal from out wide to give the Panthers an 18-10 cushion.

The Panthers set up camp on the Knights goal-line late in the first half, but Newcastle held their nerve to retain the eight-point margin.

An error by the Panthers in the 40th minute gifted the Knights an attacking chance, but the opportunity went to waste as Worley fumbled the ball with the try line in sight.

Starford Toa wasn't to be denied in the 47th minute however, bagging his double with an impressive solo try. Dark added the extras to take the Knights within two points of the Panthers.

The Knights then stole the lead in the 51st minute when Tom Starling made a break from dummy half and linked up with Cooper in support. Dark knocked over the goal to extend Newcastle's advantage to 22-18.

Riding a wave of momentum, the Knights continued to attack the line and looked set to score through Worley in the 57th minute. However, the winger was barrelled into touch by Fearnley, Thomas Lofts and Dean Blore to keep the Panthers in the contest.

The Panthers were rewarded for their defensive efforts when a terrific switch of play by Brendan Hands opened up a hole for Daine Laurie to exploit, and the fullback streaked away to the try line. Hands' conversion edged the Panthers ahead 24-22 with 7 minutes remaining.

However, the Knights reclaimed their lead in the 66th minute when a cut-out pass by Dark set up Tex Hoy to glide over in the corner. Dark was unable to back up his assist with a conversion, and the difference remained two points.

Staring down the barrel of defeat, the Panthers incredibly snatched victory with 40 seconds remaining when Laurie swept around the back and sliced through the defence before sending Lofts over in the corner.

Hands capped off the incredible match-winner with a conversion from the sideline as the Panthers celebrated their dramatic progression to the Jersey Flegg decider. 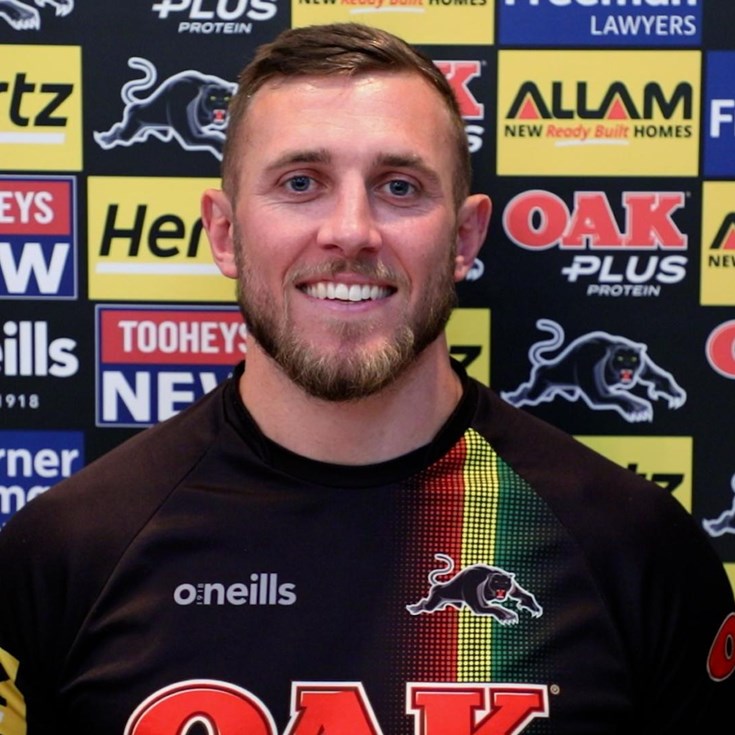