The Panthers Jersey Flegg side solidified its spot in the top four with a 28-8 victory over Wests Tigers at Panthers Stadium on Sunday.

Despite aggression and intent from the Tigers in the second half, a Daine Laurie double and further tries to Brian Too, Matthew Faauila and John Trimboli ensured a comprehensive win by the Panthers.

Tigers second rower Henry Lealuga-Puhotau thought he had scored the opening try in the 6th minute when he sliced through the line, but Max Burey's pass was deemed forward in a let-off for the Panthers.

The Panthers capitalised on the reprieve, marching upfield where Dean Blore's inside pass to Daine Laurie sent the fullback swerving through the ruck and over the try line. Brendan Hands converted to hand the Panthers a 6-0 lead after 9 minutes.

Shortly after the kick-off, a J'maine Hopgood offload allowed Mitchell Kenny to send Laurie into open space, and the fullback dashed 40 metres to bag a quickfire double. Hands' goal extended the lead to 12-0.

After spending an extended period in the Panthers red zone, the Tigers opened their account in the 26th minute when Connelly Lemuelu flicked to Liam Pakau for the winger to touch down in the corner. James Tautaiolefua failed to convert, and the gap remained 8 points.

The Panthers quickly responded however, as Hands took on the line and offloaded to Brian Too, who drifted in from the flank to glide through a gap in the Tigers goal-line defence. Hands knocked the goal over to put the Panthers up 18-4 after 31 minutes.

The Tigers suffered a setback shortly before halftime as Bennett Wheelhouse was stretchered off the field. The five-eighth took no further part in the match.

The Panthers were then dealt an injury blow of their own in the 37th minute as Hopgood was assisted off the field with a leg injury.

The Panthers threatened to widen their margin in the 45th minute when Meni Luke darted from dummy half and linked up with Shawn Blore, but the Tigers scrambled in defence to shut down the situation.

After an exchange of words, the two sides broke out into a fiery tussle which eventually resulted in Shannon Harris being sent to the sin bin in the 55th minute.

The Tigers made quick work of capitalising on the one-man advantage as Lemuelu took on the line and scored out wide. James Tautaiolefua was unable to add the extras, leaving the score at 18-8 after 58 minutes.

However, the Tigers then found themselves reduced to 12 men with 10 minutes remaining when Rajko Jankovic joined Harris in the sin bin.

The Panthers punished the Tigers for their ill-discipline in the 62nd minute as Blore put a clever grubber in behind the defence for Matthew Faauila to pounce on and put the result beyond doubt. Hands' sideline conversion attempt struck the upright, and it remained 22-8.

The Panthers put the icing on the result in the 68th minute when a desperate attempt to keep the football alive resulted in John Trimboli planting the ball down. Hands' two-pointer sealed a 20-point win by the Panthers. 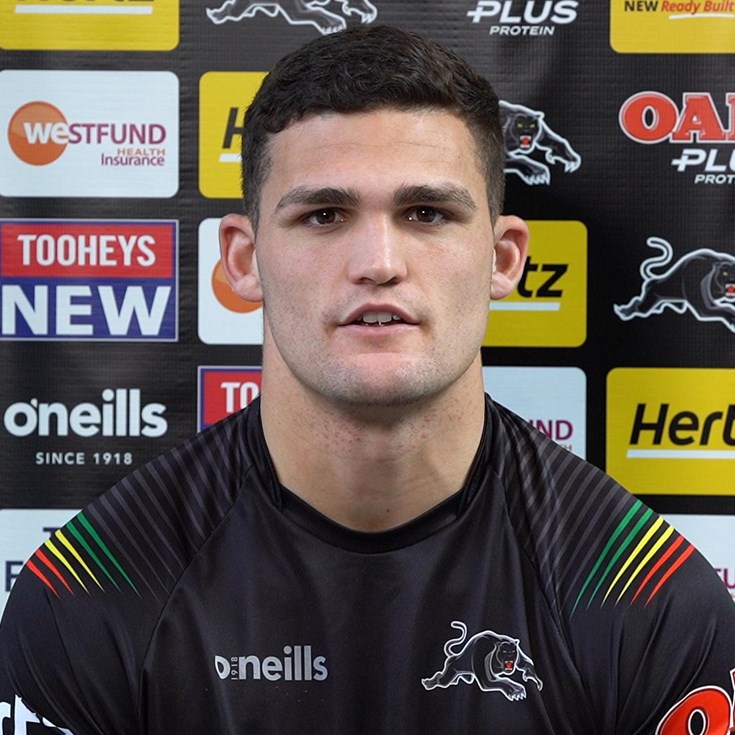 Sponsored By Hertz 2 days ago