The Panthers Jersey Flegg side overcame a slow start to defeat North Sydney Bears 28-18 at Panthers Stadium on Saturday.

The Panthers have enjoyed back-to-back wins to open their season but didn't have it all their own way against the Bears, who fired some shots in the first half and the closing minutes of the match.

The Bears looked to open the scoring with a backline shift on the Panthers goal line in the 8th minute, however winger Justin Jones took an intercept and ran 95 metres to score for Penrith. Halfback Isaac Thompson converted, taking the Panthers out to a 6-0 lead.

The lead proved to be short-lived however, with Bears halfback Kurtis Preece fooling the Panthers goal line defence with a dummy to cross the line, and five-eighth Dean Hawkins’ added the extras to level the wager at 6-all after 13 minutes.

The Panthers marched back into the Bears red zone in the 19th minute on the back of consecutive penalties and made the most of the field position, with Thompson punishing a piece of poor goal line defence to edge the hosts back in front. The halfback’s goal attempt struck the upright, as the score remained 10-6.

A shift down the short-side saw the Bears come close to equalising in the 27th minute, but the Panthers were given a reprieve as Preece’s cutout pass sailed over the sideline.

A ruck infringement by the Bears allowed the Panthers to return to the Bears goal line where fullback Daine Laurie and centre Zac Ryan both poked their nose through the line in the 29th minute. Neither could cross the line however, with North Sydney’s desperate defence prevailing.

Laurie handed the Panthers another opportunity deep inside the Bears half in the 32nd minute with a 60-metre kick return. Thompson looked to get in behind the Bears defence with a deft kick, but Bears hooker Trey Brown came up with an impressive catch to diffuse the situation.

A penalty for offside allowed the Panthers to go on the attack in the early stages of the second half, and the Bears were punished for their ill discipline as hooker Meni Luke burrowed his way over the try line. Thompson added the extras, extending the Panthers lead to 16-6 in the 43rd minute.

North Sydney found themselves backpedalling inside their own half following a line break by second rower Billy Burns in the 45th minute, and five-eighth Adam Fearnley capitalised, kicking cross-field where Laurie leaped above the pack, pinched the ball from the air and touched down. Thompson failed to convert from the sideline and the score remained 20-6.

Laurie took matters into his own hands to widen the gap to 18 points in the 52nd minute, toppling through a piece of lackluster goal line defence to score his second. The score remained 24-6 as Thomson’s goal attempt missed.

A short goal-line dropout backfired on the Bears in the 59th minute, as it bounced unfavourably and sat up for Jones, who strode across the stripe. The winger couldn’t convert as the margin stayed at 28-6.

The Bears scored a pair of late consolations, including a wonder try by Tarquinn Alatipi following a chip-and-chase by five-eighth Dean Hawkins. It proved to be to little, too late however, with the Panthers claiming a 10-point win. 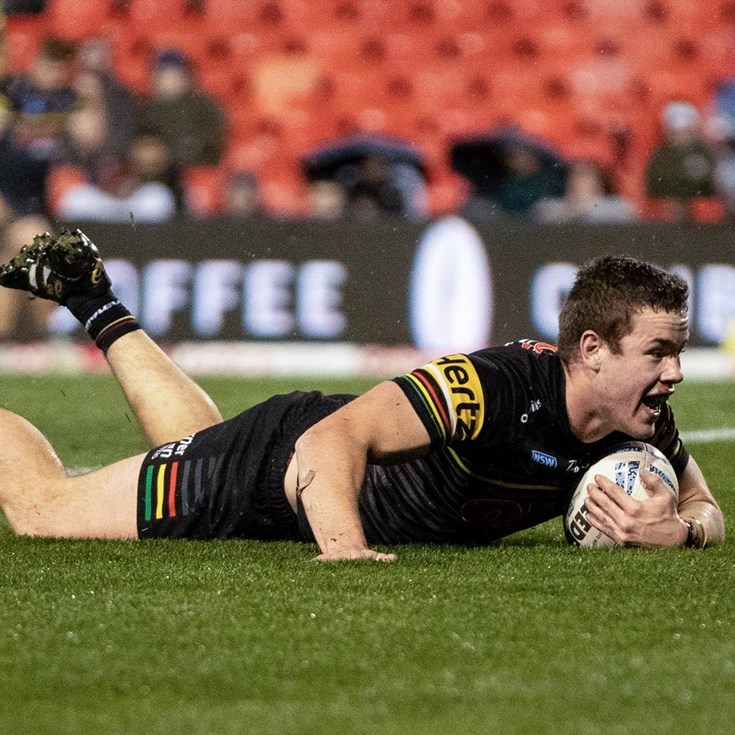