Penrith Panthers halfback Nathan Cleary will wait until after this season before deciding his playing future, reluctant to make any commitments that could distract their Telstra Premiership assault.

He is well aware of the elephant in the room surrounding the potential of linking with his father, Ivan Cleary, at the Wests Tigers, but insists there's no awkwardness at the Panthers despite the club's immediate desire to extend his contract.

"I don't think it creates any awkwardness at all," Cleary told NRL.com.

"We have honestly not even spoke about it. I'm still at Penrith for another two years. It's not even the fact that I want to wait to see what I'm worth on the market – that's not a massive drama to me. Once we get to the off-season I can sit down and see what's happening.

"I just don't want to be set in stone. A year in footy is a really long time. So much can happen. Just look at what's happened with our team the last two years – so much has changed."

Keen to avoid any speculation about a potential defection to the Wests Tigers, Cleary has rejected an invite from his parents to attend a gathering at his own house this weekend.

"On Saturday night there is a Tigers party at our place and Mum and Dad have been on my back asking me if I'm going to be there," Cleary joked.

"I said 'nah, it's too awkward. It's a conflict of interest pretty much'. They said 'just come for the start and see the boys'. I said 'nah I can't'. I'll be out of the house that night."

Maloney has had a whirlwind 12 months after leading Cronulla to a drought-breaking title in 2016.

Among the toughest obstacles he faced was the heartbreaking State of Origin series defeat, in which he believes people were unfairly hung out to dry in the aftermath.

"I think we seen a classic example this year, that if you don't win, they look for reasons why," he said.

"They can't accept you just weren't good enough on the night. Everything gets delved into and there becomes talk about culture issues and all of that this year. How does anyone outside the camp know what the culture is like inside? Every time, people bear the wrath of things. I think there were plenty of issues that were brought up that were not big issues.

"It was all blown out of proportion. I think sometimes people can't accept we didn't play good enough. If we didn't stuff game two up none of it is an issue. There are so many things and the smallest turning point, the game changes. But no one cares. I just think people that blow up about that, if we had have won, would it have been an issue? If the answer is no, then why is it an issue now? It's either an issue win, lose or draw, or it's not an issue. It can't be one way or another."

Maloney was last year quite vocal in his desire to earn more money in his final years, doing his best to seek an upgrade at the Sharks despite already being contracted for 2018.

He admits his original intention was to remain at Cronulla, but the club didn't want, nor did they have to, upgrade his deal.

"I wasn't looking to go elsewhere to be honest," Maloney said.

"I was happy to stay at Cronulla and I had talks with Cronulla to stay there longer term and upgrade and extend. They would've admit they had me on well below what the market value was then.

"I am coming towards the end and I don't have a lot of time, so I wanted what I felt I deserved and had earned, so I asked for it. If they had have said no and didn't want to release me, I had no issue with that. I understood that I had signed a contract and I knew when I signed the contract what was going on." 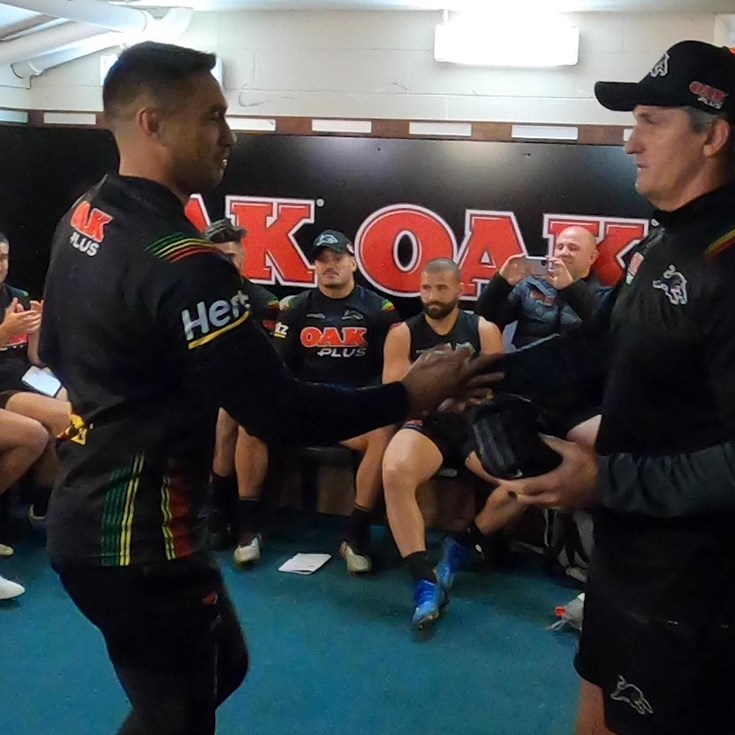