Business as usual was the message from coaches Ivan Cleary and Wayne Bennett as Penrith and South Sydney prepare for Sunday night’s grand final.

With just two new COVID-19 cases reported in Queensland on Friday, the grand final is expected to proceed as scheduled before a 75 per cent capacity crowd with neither camp considering the possibility of the match being postponed or moved away from Suncorp Stadium.

After a season in which the entire NRL relocated to South-East Queensland, Penrith’s round 20 match against Melbourne was postponed for 24 hours and Souths flew to Rockhampton for a game that was cancelled, both teams are ready for anything.

Yet for the Panthers, who lost last year’s grand final to the Storm, the lead-up feels more like what they had expected of a premiership decider, with open training sessions, a fan day on Friday and large media contingent attending a pre-match press conference for both teams.

NRL Fan Fest: Who will win the grand final?

"We missed out on this last year," Penrith halfback Nathan Cleary said. "We didn’t really have the fan day or a press conference like this and you were kind of a bit secluded from the world so it has been good to get out.

"We had the training session earlier in the week on the Sunshine Coast with all the fans and that was super cool and even today has been good, so we are just grateful to be here.

"We have been very lucky and very grateful to be able to come up here. Sydney is going through a tough time at the moment and we are feeling for them, but Queensland have been very good to us.

"Even with the games during the season, the crowds were still great. They all love their footy up here and we have really enjoyed being up here."

Ivan Cleary also spoke of the contrast between the 2020 and 2021 premiership campaigns, both on and off the field.

"Last year we were in our bubbles and quite restricted, so this is like a normal game in some respects," he said.

"It’s nice to get amongst the public as much as we could down on the Sunshine Coast earlier this week. It’s a nice part of grand final week to enjoy that.

"This year the whole journey has been totally different for us. It was pretty plain sailing last year. We hadn’t lost for four months before the grand final and had hardly any injuries, whereas this year we have had a bit of everything."

The Panthers had to overcome a 16-10 loss to Souths in the opening weekend of the play-offs that meant they had to beat Parramatta and then Melbourne to qualify for back-to-back grand finals.

Penrith lost Mitch Kenny (ankle) and Tevita Pangai jnr (knee) to injuries in the 8-6 and 10-6 triumphs, but Cleary snr insisted fullback Dylan Edwards (foot) would play despite being a notable absentee at the fan day.

"I am super proud of this team. The defence is something we care about, we work hard at and we put a lot of time into," Cleary said.

"We feel like it helps us and it has certainly helped us the last couple of weeks in tough situations and I think historically any team that has done any good has had good defence. We have worked very hard on it and I am sure it is going to help us on Sunday."

Bennett, who will be coaching in his 10th grand final, said the Rabbitohs were prepared for any scenario that may arise on Sunday night and were determined not to focus on the departures of himself, halfback Adam Reynolds, centre Dane Gagai, second-rower Jayden Su’a and possibly Benji Marshall.

"Everything has its own challenges, but I am sure the players are ready to play and if they have got to play tomorrow, the next week or the week after they will play," he said. 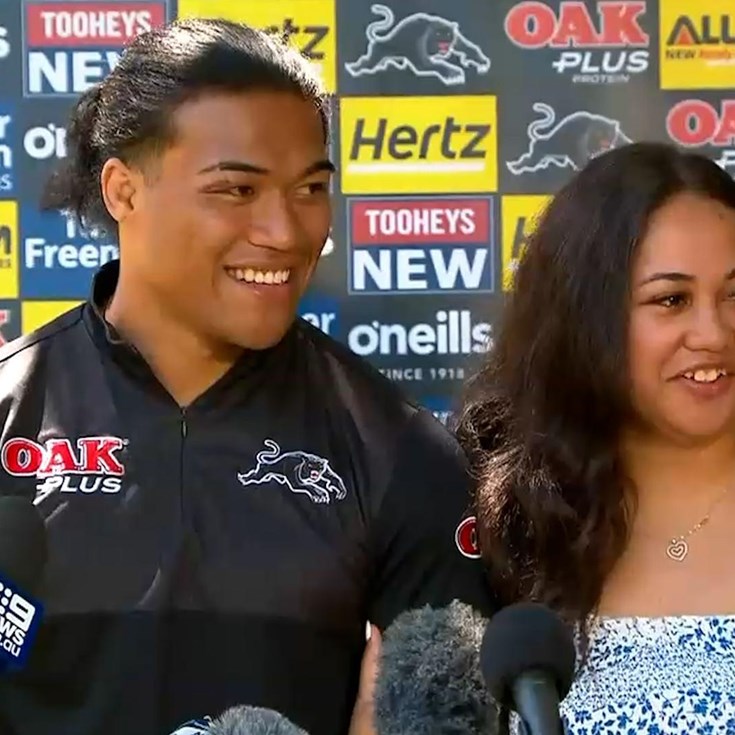 Yeo takes to the stage to lift the Provan-Summons trophy