Fill-in fullback Blake Taaffe had the final say to set up a decisive try and help the Rabbitohs advance to their fourth consecutive preliminary final with a 16-10 upset win over Penrith in Townsville on Saturday night.

After a week of debate about how he would handle the high ball, the 22-year-old brushed aside an early error to return the faith shown by coach Wayne Bennett in recent weeks.

"I think he did a tremendous job," Bennett said post-match.

"I think we handled [the pressure with] him well but more importantly he handled himself well.

"We wouldn't have put him out there if we didn't believe in him. Not in a game like this."

In his second match replacing Latrell Mitchell at fullback and just his sixth career game, Taaffe broke a 10-10 deadlock with a try assist for Jaxson Paulo just after half-time.

The Rabbitohs held a four-point advantage for another 20 minutes before a Reynolds penalty goal extended the lead to six and allowed Bennett's side to grind their way to victory.

Departing skipper Adam Reynolds put the boot into the Panthers with 602 kicking metres while Thomas Burgess led from the front with 212 metres from 21 hit-ups.

Reynolds was full of praise for Taaffe, who combined with wingers Paulo and Alex Johnston to defuse several dangerous situations.

"Latrell is such a massive part of our team but this kid [Taaffe] is pretty special," Reynolds told Channel Nine post-match.

Cool head and hands from Taaffe has Paulo over

"He never gives up and always tries hard. He dropped an early one but never dropped his head. It's a credit to him as a young man."

"It's something I've been talking to him about all week. We asked him to be mistake-free. If you drop one you've got to keep your confidence up and keep playing footy."

Defensively it was among the Bunnies' best efforts of the season and a remarkable turnaround from when the side were thumped by the Panthers 56-10 in round 11 and beaten 25-12 last month.

The upset result means there will be no Telstra Premiership grand final rematch this season with Penrith now switching to the side of the draw that includes Newcastle, Parramatta and defending champions Melbourne.

Penrith were their own worst enemy throughout the clash with several errors and ill-discipline in key moments cruelling them from creating any momentum.

Cody Walker showed his class on the left edge to link with Dane Gagai for the Rabbitohs' first try of the evening but it was the right side that stunned the Panthers in defence to secure the win.

Both sides traded further penalty goals for a 10-all scoreline at the break before the Rabbitohs did what they couldn't three weeks ago and control the second half.

"I'm just thrilled with their effort and what they did tonight," Bennett said.

"Penrith is a top team, there is no doubt about that, and we had to stand up to them, we knew that.

"From the 50-odd point defeat in Dubbo, it's a real credit to them how far they've come and to be able to turn this around tonight."

Bennett added the week off was "huge" for the Rabbitohs after previously being forced to play a semi-final in the past three seasons.

The Bunnies will wait to hear about their next opponent - the winner of the Roosters-Sea Eagles clash next week.

"We give a lot of players a rest last week and that worked great for us," Bennett said.

"It will even itself out after 20 minutes but in the first 20, you can get a real advantage.

"That's what you want the top four position for, you want that opportunity to go through to a prelim final with a week's rest."

The Panthers will play the winner of Sunday afternoon’s elimination final between Parramatta and Newcastle. 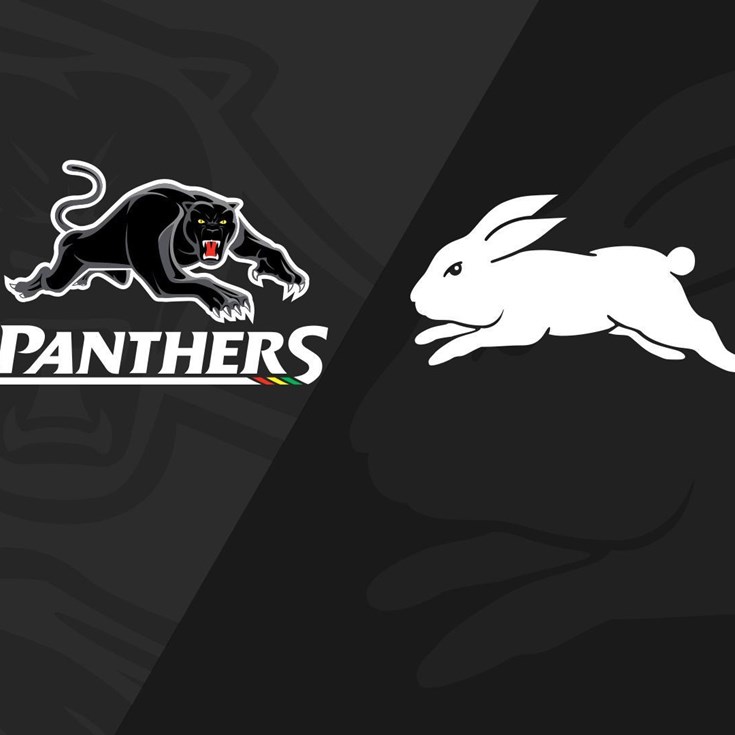 Cleary curls a beauty and the backs pounce