The Penrith Panthers cemented their spot in the NRL top two with a 30-16 win over New Zealand Warriors at Suncorp Stadium on Sunday.

All five Panthers backed up from Origin duties during the week in style but James Fisher-Harris failed to finish the game after landing awkwardly in a tackle.

Brian To’o was enormous as always in kickstarting Penrith’s sets, finishing with 245 metres and busting four tackles to go with a try.

Isaah Yeo, meanwhile, inspired in the middle of the park with his ballplaying close to the line freeing up time and space for the halves.

That was all while racking up 145 metres and 30 tackles in a typical workhorse effort.

On the edges Kurt Capewell and Liam Martin made decisive runs while Apisai Koroisau schemed off the bench.

The Warriors hit back in the 8th minute as Wayde Egan put Matt Lodge steaming through the middle and then trailed in support to go over under the posts.

The visitors then extended the lead in the 18th minute as Reece Walsh looked to go short to Eliesa Katoa but instead found Rocco Berry and the centre forced his way over.

The Panthers eventually hit back with their second try as a Tyrone May kick led to an error from the Warriors and Penrith made them pay right off the scrum.

It was May again, this time throwing a beautiful cut-out pass to put Brian To’o over in the corner.

May enjoyed his best game at halfback this season, setting up three tries and making 28 tackles while filling in for Nathan Cleary.

The momentum stayed with the Panthers as they regained the lead in the 34th minute when Matt Burton linked with Kikau.

The barnstorming second rower ran against the grain and stormed past a host of Warriors defenders to score his second.

Both sides were guilty of poor ball handling in the latter stages of the first and early part of the second.

It meant execution in the red zone was only more important yet the first points of the second half were sparked from an inspired play inside Penrith’s half.

Dylan Edwards broke through an attempted tackle from Chad Townsend and evaded defenders until halfway before finding Matt Burton in support.

He then offloaded for To’o who put Brent Naden away and the Panthers in prime attacking position.

It did not take long for them to strike as Charlie Staines went over out wide off a Stephen Crichton flick pass.

The Panthers backed it up with a perfect set after points as Burton kicked to a corner and Naden put in a determined chase to help trap the Warriors deep inside their own half.

That then led to an error as Penrith continued to build pressure and it almost led to points on two occasions with both Yeo and May threatening to score.

The Warriors held strong to scramble and deny the Panthers.
Penrith was relentless though with Burton forcing a dropout shortly after and once more looked to have the Warriors shot in defence but could not find the final pass.

That final pass did eventually come in the 65th minute, with May putting Liam Martin streaming through a hole.

Yeo impressed in the lead-up, engaging the defence with a double-pump to free up space out wide for Martin to strike.

May was involved yet again soon after as he put Staines over in the corner with the Panthers winger showing silky skills to take a tough pass.

The Warriors went over late through Reece Walsh as they were rewarded for their defensive resolve after finishing the game without a bench.

Moses Leota burst through the middle to provide a final highlight but did not have the support to turn it into points as the Panthers finished 14-point winners. 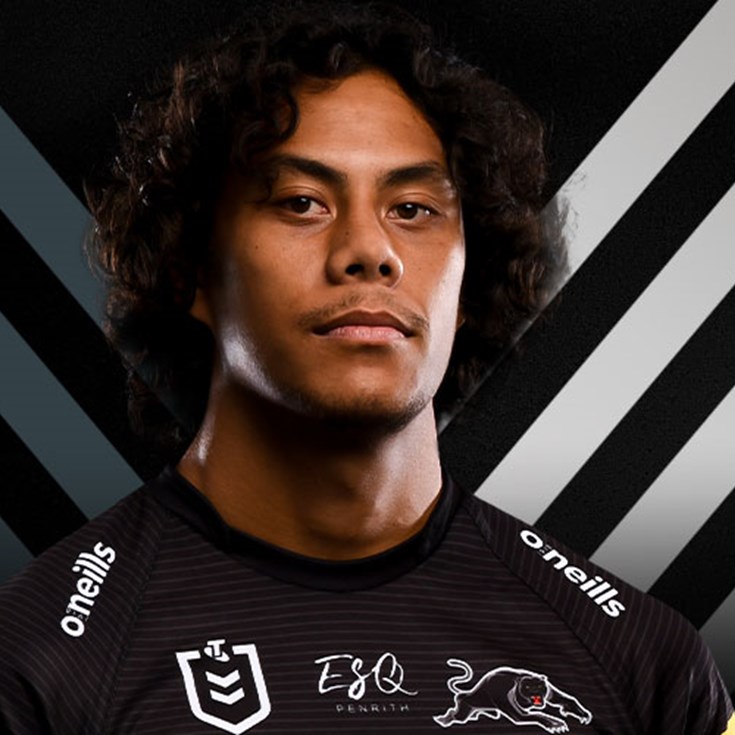