Scans have confirmed the extent of the hamstring injury suffered by Panthers winger Charlie Staines in the win over Manly on Saturday.

Staines has been diagnosed with a grade two hamstring injury, which he suffered while touching down for his second try at Lottoland.

The 19-year-old rookie is expected to be sidelined for at least four weeks. 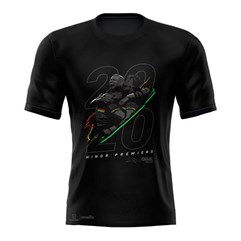 Staines' replacement in the Panthers side to face Canberra Raiders will be revealed when coach Ivan Cleary names his squad on Tuesday.

The Round 13 fixture is effectively 'sold out', with all available tickets redeemed by Panthers full season members.