The Panthers’ unbeaten start to 2020 ended with a 16-10 defeat to Parramatta Eels at Bankwest Stadium on Friday.

The Panthers led 10-0 after 60 minutes on the back of some remarkable goal-line defence, before running out of steam and being chased down by the Eels.

The Panthers had their backs against the wall early on, having to defend their line as Kurt Capewell left the field with a leg injury.

Penrith survived the attacking raid, as a try-saving tackle by Jarome Luai and James Tamou highlighted some resolute goal-line defence.

Eels winger Blake Ferguson and Panthers centre Dean Whare were each denied tries in the opening ten minutes due to obstruction rulings.

Having absorbed the Eels’ early dominance, the Panthers got their reward in the 22nd minute, as Brian To’o celebrated his new Panthers deal with the opening try.

To’o made something from nothing as he got the ball out wide, sidestepped Dylan Brown and shrugged off three cover defenders to slide over.

The Panthers took a 4-0 lead, as Nathan Cleary’s sideline conversion attempt was waved away.

The Eels threatened to hit back immediately, but they were turned away by another display of impressive Panthers goal-line defence.

The remainder of the first half was an end-to-end arm wrestle, before the Panthers piled on a second try shortly before the break.

Josh Mansour crossed for his second try in as many weeks, after a beautiful string of passes by Jarome Luai and Stephen Crichton caught the Eels short out wide.

Nathan Cleary nailed the conversion to give the Panthers a 10-point lead at the interval.

A flying Viliame Kikau appeared to have extended the Panthers lead when he plucked out a cross-field chip in the 45th minute but was just unable to find the chalk.

The Panthers continued to repel the Eels with incredible goal-line defence, as a Brian To’o intercept quashed a dangerous situation in the 56th minute.

But the Panthers could only hold on for so long, as the Eels scored three tries in the space of five minutes to snatch the lead out of nowhere.

Former Panther Waqa Blake got the ball rolling in the 63rd minute, as he powered over out wide to reduce the margin to six points.

Blake was involved again when Parramatta equalised, as he slipped through the edge defence and found Clint Gutherson on the inside. Mitchell Moses’ conversion made it 10-10.

A stroke of luck helped the Eels edge ahead in the 67th minute, as a grubber in behind took a cruel bounce for Caleb Aekins and landed in the lap of Ryan Matterson. Moses added the extras to give the Eels a six-point buffer with twelve minutes to play.

The Panthers had a chance in the 73rd minute when Cleary’s cross-field chip was batted down by Stephen Crichton for Mansour, but the winger was wrapped up before the line.

Eels halfback Mitchell Moses looked to kill off the game with a field goal in the 77th minute, but missed and handed the Panthers a seven-tackle set.

The Panthers marched upfield and searched desperately for late points, but it was not to be as they succumbed to a disappointing defeat. 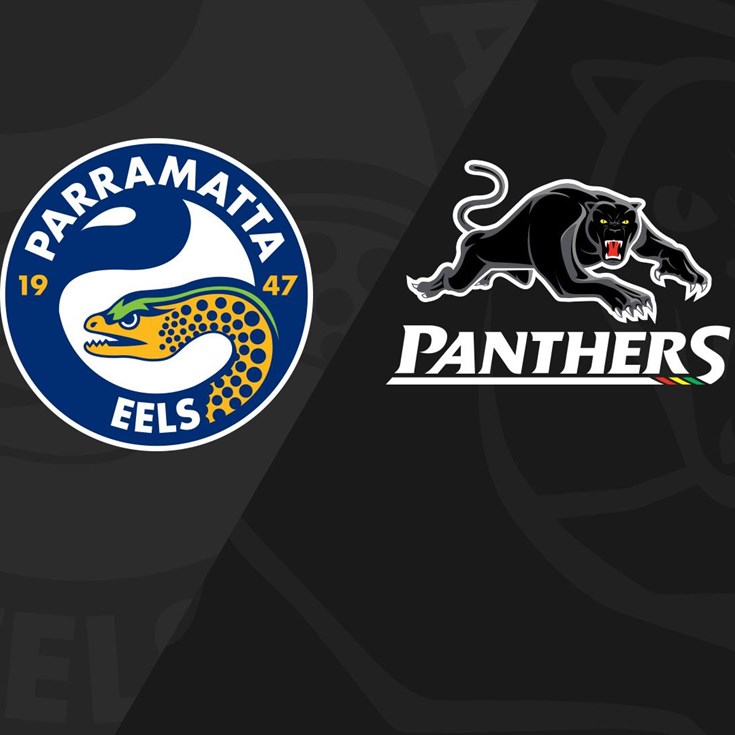