Ivan Cleary once enlisted Api Koroisau to help him break down a language barrier to sign Fijian gun Viliame Kikau.

But the Panthers coach wanted to make sure Koroisau had left his old "loose cannon" ways behind before bringing the No.9 back to Penrith.

Koroisau spurned interest from Canterbury and the Warriors to link once more with Cleary and the Panthers in 2020, reuniting with his former club and coach from 2015.

Pushed out of Manly by his protégé Manase Fainu, Koroisau concedes he was "really close" to landing at Belmore.

Until a private meeting at the Cleary household, with Ivan ensuring Panthers halfback and oldest son Nathan was elsewhere.

"I was really close to going to the Bulldogs, they wasted no time in hitting me up after everything had happened with Manly," Koroisau told NRL.com.

"I was fortunate enough to go out there, look at their facilities and I did the same with New Zealand and met them as well.

"It wasn't until two or three weeks after that when Ivan gave me a quick phone call. He wanted a private meeting, just me and him at his house.

Koroisau scoots over for the first try

"Nice and quiet. After that chat, when he really sat me down, it got to me and a couple of days later I decided I was heading over to Penrith.

"We didn't talk about footy. We spoke a lot about my character, what I've been doing and he was asking a lot of questions about my growth and where I've been heading as a person off the field.

"When I was with him in 2015 I was a little bit of a loose cannon. I was a young 22-year-old if that makes sense. I was happy to be playing first grade, making a bit of money and partying.

"I was doing all of that and Ivan was definitely sussing me out, trying to work out if I was still that way. He was sussing me out a lot more than I was working out what Penrith is like.

"But it was a really good conversation about a lot of things deeper than footy."

Koroisau is expected to return to Penrith's pre-season in mid-December having just had his second child, Kalesi, with wife Amy last week.

Off-the-field he is a different man from his first Panthers stint, which ended in heartache when his then-partner took her life in late-2015.

On the paddock he is itching to combine with Cleary jnr, who will take charge of Penrith's attack following James Maloney's departure to France.

The man who took him to Manly in the first place, Trent Barrett, is also back as Cleary's attack and halves coach.

Koroisau's move back to the foot of the mountains will also put him in the same colours as Kikau, having helped convince him to do the same four years ago.

"I had played with big Bill for Fiji against PNG in 2015 in a mid-year Test and they had me in his ear, seeing if I could get him to Penrith," Koroisau said.

"Unfortunately I left the year he came. I don't know if I was the sole reason he was coming but I did have a chat to him, told him to come down [from North Queensland] and then left!

"He was still fresh from Fiji and there was a bit of a language barrier because I'm not the best Fijian speaker.

"But I got enough through to him and we're back together.

"I'm really happy to be back now. He's a star player with incredible potential so to be in the same club side again is going to be fun.

"It's like the whole club in general I think. We've got a really young side with so much potential there.

"Being a leader out there is something I want to do and something I'm looking forward to." 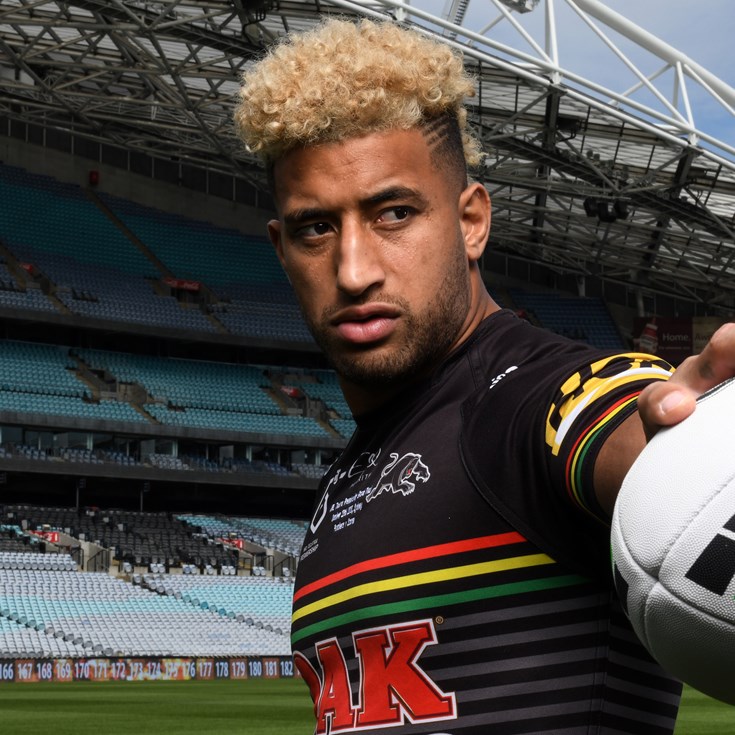