The Panthers paid the price for poor execution, suffering a 24-10 loss to North Queensland Cowboys at 1300SMILES Stadium.

It was a story that has been all too familiar for the Panthers this season, as they failed to capitalise on a plethora of scoring opportunities. Their cause was not helped by the Bunker denying them three times in the second half, controversially on one occasion.

Ultimately though, the Panthers have only themselves to blame, as they suffered a second-straight loss which seriously jeopardises their top 8 aspirations.

The Panthers were sluggish from the kick-off, allowing the hosts to hit an early 6-0 lead.

The Cowboys shifted it wide from a scrum in the 10th minute, and Tom Opacic slipped away from some weak defence to send Kyle Feldt over in the corner.

The Panthers had plenty of opportunities to respond over the next twenty minutes, but they failed to execute time after time.

This was highlighted when a runaway Reagan Campbell-Gillard had Dylan Edwards unmarked on his inside, only to hang onto the football and get chopped down.

The Panthers finally got their breakthrough in the 32nd minute, as Brian To’o dived over in the corner at the end of a backline play. Nathan Cleary’s conversion attempt was waved away, and the Cowboys remained 6-4 ahead.

The Panthers had another chance after the Cowboys’ kick off went out on the full, only to go back to their wasteful ways.

The Cowboys rubbed salt in the wounds, extending their lead on the stroke of halftime.

John Asiata put it in behind for Jordan Kahu, who got the ball away for winger Murray Taulagi to stroll over. Kahu’s second successful conversion gave the Cowboys an eight-point lead at the interval.

The Panthers seemingly got off to a flying start to the second half as Brian To’o finished off a long-range effort, only for the Bunker to spot a knock on by Nathan Cleary in the lead up.

The Bunker dubiously denied the Panthers again in the 51st minute. Mitch Kenny appeared to have barged over for his first NRL try, but the officials delivered a questionable obstruction ruling.

There was no denying the Cowboys in the 58th minute, when Kyle Feldt broke away from a 20-metre tap and went the distance.

Kahu knocked over the conversion, giving the Cowboys a 14-point lead and the Panthers a mountain to climb.

A piece of individual piece of brilliance by Isaah Yeo, and a long-awaited stroke of luck, brought the Panthers back into the contest in the 62nd minute.

James Maloney’s bomb landed in no man’s land and sat up for Yeo, who put a grubber through, got around the Cowboys defence, and pounced on a good bounce in the in-goal.

But it just was not the Panthers’ night, and the Cowboys put them to bed in the 71st minute when Jason Taumalolo crashed over from close range.

The Panthers had one last chance when Stephen Crichton launched himself at the try line, but he was barrelled into touch and the Cowboys came away with the win. 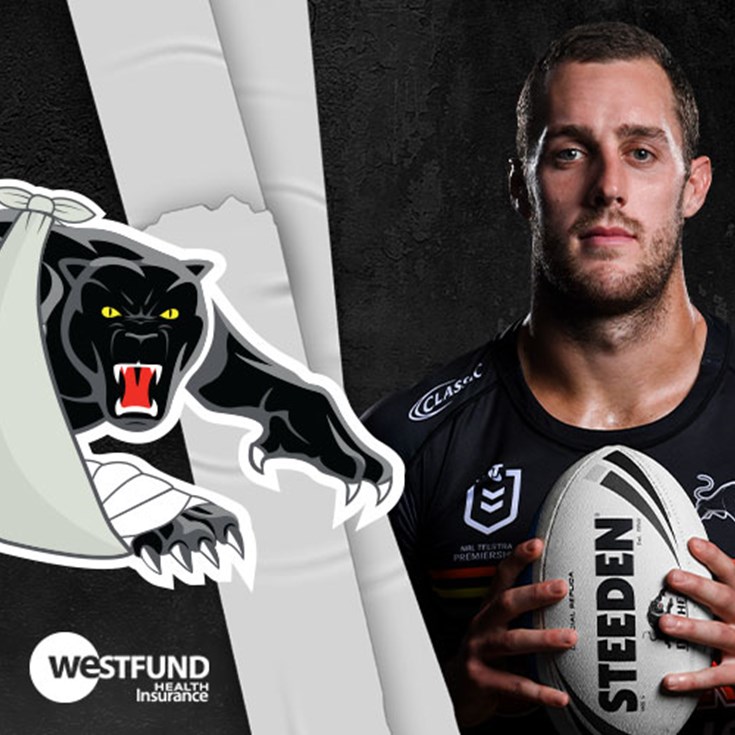