The Panthers suffered a 24-12 loss to Brisbane Broncos at Suncorp Stadium on Friday.

The result sees Brisbane leapfrog the Panthers on the premiership ladder with three rounds remaining in the regular season.

A disappointing night for the Panthers was summed up by their failure to capitalise on the early sin binning of Jake Turpin.

While the Broncos halfback was in the bin for a swinging arm to the head of Dylan Edwards, Penrith conceded the opening try.

Andrew McCullough exploited some lazy marker defence to unleash Kotoni Staggs, who slipped away to score. Jamayne Isaako’s conversion gave the Broncos a 6-0 lead after 16 minutes.

A penalty goal stretched that margin to 8-0, after Viliame Kikau was put on report for an alleged high tackle.

The first half was all Brisbane, until the 36th minute when Nathan Cleary pulled the Panthers out of the fire.

Cleary replicated his efforts from last week, putting on a big step to cut through the middle and go over for a crucial try.

He added the extras to trim it down to two points at the break.

The Broncos reasserted their authority minutes into the second half, shifting it wide for Jamayne Isaako to dive over and stretch the lead to six points.

Brent Naden was denied a spectacular try in the 50th minute. The centre got in behind Brisbane’s defence to make a play at Mitch Kenny’s deft grubber, but he couldn’t quite ground it cleanly.

Brisbane had no such issue up the other end, as Isaako pounced on Anthony Milford’s kick in the 53rd minute. He knocked over the goal, putting the Broncos 18-6 ahead.

But the Panthers were not about to roll over, as they responded in scintillating fashion in the 56th minute.

James Maloney linked up nicely with Moses Leota and flung it wide for Dean Whare, who flicked it inside for Brian To’o to pin the ears back and score a spectacular try.

The conversion by Nathan Cleary closed the gap to 18-12.

The Broncos almost ran away with the match when Jamayne Isaako plucked a Maloney bomb and dashed 80 metres, but Dylan Edwards saved the Panthers with a classic cover tackle.

The Panthers bravely defended the rest of the set, and another afterwards, to stay alive.

However, they were unable to execute up the other end, and they were made to pay.

Payne Haas sealed the win for Brisbane in the 74th minute, as he busted through the middle and ran away for a barnstorming try.

Tevita Pangai Jr was sin binned in the closing stages for a reckless tackle on James Maloney, but it mattered little as Penrith’s finals hopes suffered a major blow. 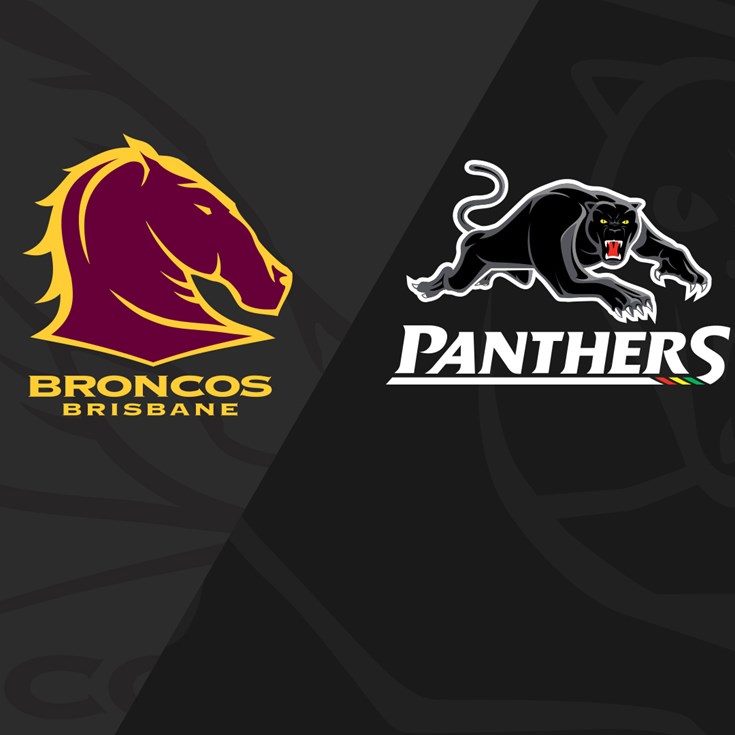