The past year has been the toughest of Nathan Cleary’s young NRL career, with more challenges than he has ever faced before.

However, despite experiencing numerous off-field controversies involving team-mates and family, as well as an horrific losing streak to start the season, the 21-year-old playmaker still wears a smile.

The NSW representative understands he’ll always cop criticism, but the only thing he can control is how it affects him.

“Everyone on social media gives their own opinion and there are a lot of negative people out there – it’s something you’ve got to deal with,” he says.

“Everyone is entitled to their own opinion but you’ve got to pick and choose which ones you listen to. Obviously the people closest to me and the people who mean the most are the ones I’m always going to listen to. The trolls don’t have any effect on me.”

Social media is so prevalent in modern society, and as a 21-year-old, Cleary wants to remain on it but knows he has to be cautious.

“Social media can be pretty toxic,” he says.

“You can use it for positive things but you’ve got to take it in dribs-and-drabs. I still have social media but try not to use it too much. I find Twitter is the worst so I try and stay off that.”

Cleary has always been honest when it comes to talking about his form. He’s not afraid of admitting fault and taking blame for losses. Being the star playmaker at the Panthers – the player the club is building around – he feels an added responsibly to perform.

“Any halfback at any club would say there’s a lot of pressure on them. It’s part of the job,” he says.

“I suppose pressure is how much you read into it, but I set myself some high standards. I know when I’m not playing my best and what I need to improve on.”

Cleary understands his performance sets the tone for the entire team, and when he’s playing well, the Panthers are playing well, but he’s the first to admit he’s far from career-best form.

“I haven’t been playing the way I’ve wanted to this whole year,” he admits.

“I’m working hard on what I want to improve on. There’s still a long way to go and I definitely want to take the next step. Hopefully I can improve at the back-end of the year.”

To read more, pick up your Big League from all good newsagents, supermarkets, the ground or magsonline.com.au/big-league. 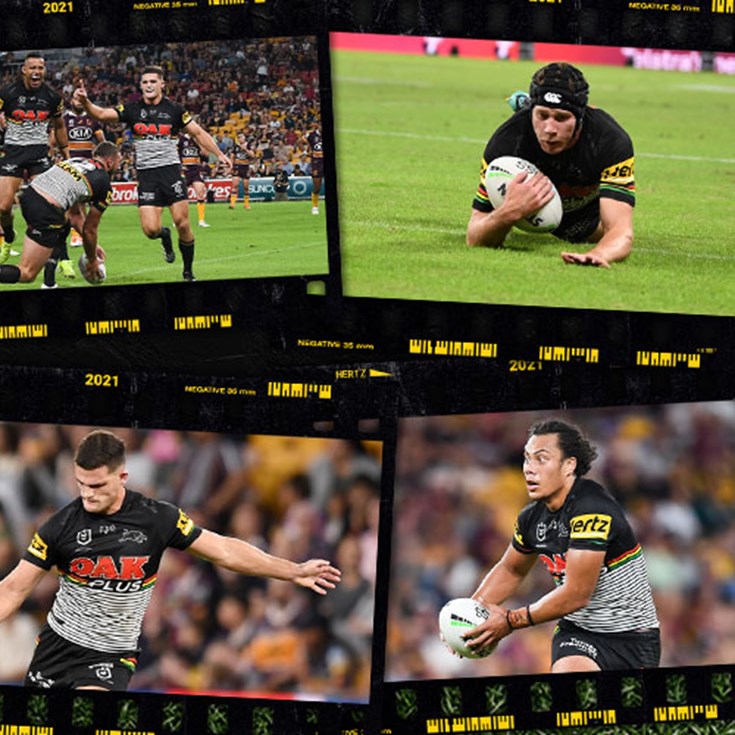