The Panthers rallied from a 16-6 deficit to snatch the lead in the 77th minute, with Brent Naden scoring a spectacular 90-metre try and Maloney adding the clutch conversion. However, a penalty from the kick-off saw the Warriors take the two and send the game into overtime.

But Maloney came up with the heroics in extra time, landing the field goal to hand the Panthers the gutsiest of victories, their fifth in a row.

At one stage, the Panthers were reduced to eleven players after a succession of refereeing blunders saw Jarome Luai join Liam Martin in the sin bin.

The Panthers quickly proved that they were not about to roll over, as Naden plucked out a Maloney kick to kickstart their revival.

The hosts opened the scoring in the 5th minute when Peta Hiku got on the outside of Isaah Yeo, after a penalty put them in attacking range.

The Warriors were well on top thereafter, before a mesmerising 40-metre run by Viliame Kikau saw a shift in momentum. The Panthers scored one set later, with James Tamou getting his reward for a strong start to the game.

James Maloney drifted infield and spotted a gap for Tamou to exploit, and the Panthers captain reached out to slam the ball down. Maloney converted to nudge the Panthers ahead 6-4 after 20 minutes.

Each Warriors attack in the first half was preceded by a Panthers penalty, and eventually the home side levelled when they opted to take the two.

With the scores locked ten minutes out from half-time, Ivan Cleary brought Dean Whare on from the bench in his return from a torn hamstring.

It was the Warriors who had the final say in the first half, however, as the Panthers’ poor discipline finally caught up with them.

After Liam Martin was sent to the sin bin for Penrith’s repeated infringements, Bunty Afoa stormed through the Panthers’ undermanned middle in the 37th minute.

Patrick Herbert added the goal to propel the Warriors to a six-point halftime lead.

The Panthers appeared to have scored spectacularly minutes into the second half, only to be denied at the last. Brent Naden chased down a looping Maloney kick and toed through twice for himself to get in behind Roger Tuivasa-Sheck and pounce on the ball, but he failed to get a clean grounding.

Three refereeing errors reduced the Panthers to eleven players, and saw the Warriors take a 16-6 lead.

Jarome Luai was inexplicably sin binned in the 43rd minute for “late contact” on Roger Tuivasa-Sheck after the Warriors fullback had knocked on, with referee Gerard Sutton ruling he had kicked the ball.

With the Panthers down to eleven men, the Warriors scored through David Fusitu’a. However, the Bunker missed that the winger’s hand scraped the sideline, and he should not have been awarded a try.

Regardless, it handed the Warriors a healthy ten-point lead.

But the Panthers showed real courage to keep themselves in the contest, and then remarkably narrowed the margin with Luai still in the bin.

James Maloney put a kick over the top, and Brent Naden raced through and pinched the ball off Tuivasa-Sheck mid-air to touch down, bringing the Panthers back to life.

Things got scrappy thereafter, as the Panthers failed to capitalise on their chances despite dominating the Warriors through the middle.

They would finally crack them in the 78th minute, and it was an incredible long-range effort by Brent Naden which did the job.

The Warriors had the Panthers pinned inside their own 10 metres, but a bold cut-out pass by Jarome Luai gave Naden room to move. The centre bust into open space, stepped around Tuivasa-Sheck, and ended up going 90 metres to score.

Maloney landed what was destined to be the match-winning conversion, but true to the nature of this game, there was another twist to the tale.

From the short kick-off, the Panthers conceded an offside penalty, and Patrick Herbert took the two and sent it to golden point.

After a pulsating first few minutes in extra time, James Maloney snapped the first field goal attempt, but it hung left. The Warriors went up the other end where Blake Green’s attempt was charged down by Dylan Edwards.

The Panthers recovered the football and marched up the other end, and from 25 metres out, Maloney did what he does oh-so well. The veteran half kicked the match-winning field goal, securing an incredible victory for the Panthers in a game they had no right to win. 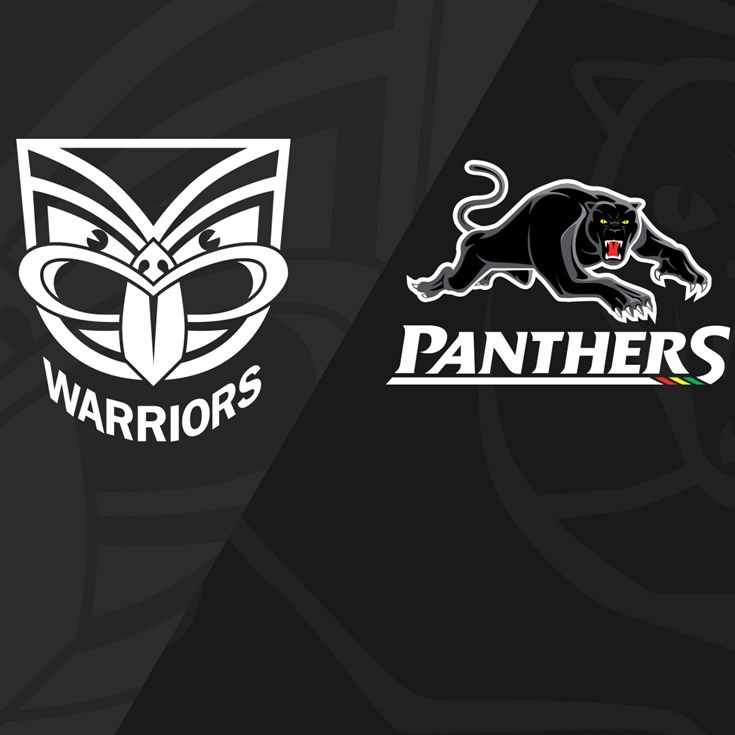