James Maloney walked up to Brad Fittler when he arrived in Blues camp last Sunday and yelled: "Hey Freddie, did you lose my number?"

For the record it was only 12 months ago, after the Blues went out to an unassailable 2-0 series lead, that Blues chief advisor Greg Alexander declared NSW would not have lifted the Origin shield had it not been for Maloney.

But he walked into camp on Sunday, despite Luke Keary, Cody Walker and Mitchell Pearce all moving ahead of him at different stages in the pecking order to wear the Blues No.6 in 2019, like he was still the king of the castle.

"I wasn't offended, no," Maloney said.

"Just getting that win last year doesn't give you the right to come back. If you're thinking that you have the automatic right to be here again, it's not the way it is. It wasn't a complete shock that I didn't get picked.

"Yeah, I was disappointed. You always want to be here but I wasn't, so you just roll with the punches. I wasn't that bothered because it was in my control. My footy was always going to decide what happened."

Sitting at the Blues beach-side hotel in Scarborough earlier in the week, Alexander recalls the statement he made about Maloney last year.

"I did say that we don't win without him, yeah," he said.

How did the guy who was instrumental in defeating Queensland a year ago turn from saviour to outcast so quickly?

"While I said we don’t win without him, I don’t know if everyone felt that," Alexander said.

"That was me and it's more than just me that picks the side. It was going to be a pretty tough argument to win to get Jimmy in the side. In hindsight no matter which way you go, when you lose, it's criticised. I thought Cody's club form deserved selection.

"It's a bit different if you don't have any other option. Luke Keary was there. His injury changed things. NSW had options. That's always been the thing with NSW, we have a lot of options.

From the moment he walked in, firing his mouth at Fittler in typical Maloney fashion, the Panthers five-eighth has changed the dynamic of the camp.

What is evident at training is that while Boyd Cordner may be the captain, Maloney is the leader.

He's the one calling the shots. He's the unofficial coach on the field. While some who had been treated the way Maloney had in the past few weeks may have shirked at such a task, the veteran play-maker couldn't care whether he was fourth in line or top of the queue.

"I know what my job is, I'm a senior player," Maloney said.

"When you're here you have a job to do. Why you're here or how you got here, it's all irrelevant. At some point you're going to play your last one. When it comes it comes. There's a state of 11 million people who hang on the result come Sunday.

"I need to take a lot of responsibility on what's going to happen out there on Sunday. I can't come in here and shy away from that. That's why I'm here. I've been brought in for the experience and take pressure off Nathan. My role here is exactly the same as it was here last year."

No individual will benefit more from Maloney's presence than Nathan Cleary. The under pressure Penrith halfback has been under enormous scrutiny in his young Origin career, but Maloney was quick to reach out after game one.

"I texted him after the game, because I knew leading up to it that if they got beat, the halves were going to get criticised regardless of how the game went," he said.

"My advice to Nathan was 'Know the opinions that matter, they are the ones that count'. There are millions of people with opinions.

"Opinions are like arseholes, everyone has got one. Half of them are irrelevant. You know the ones that count and you focus on those ones. The rest of them are water off a duck’s back." 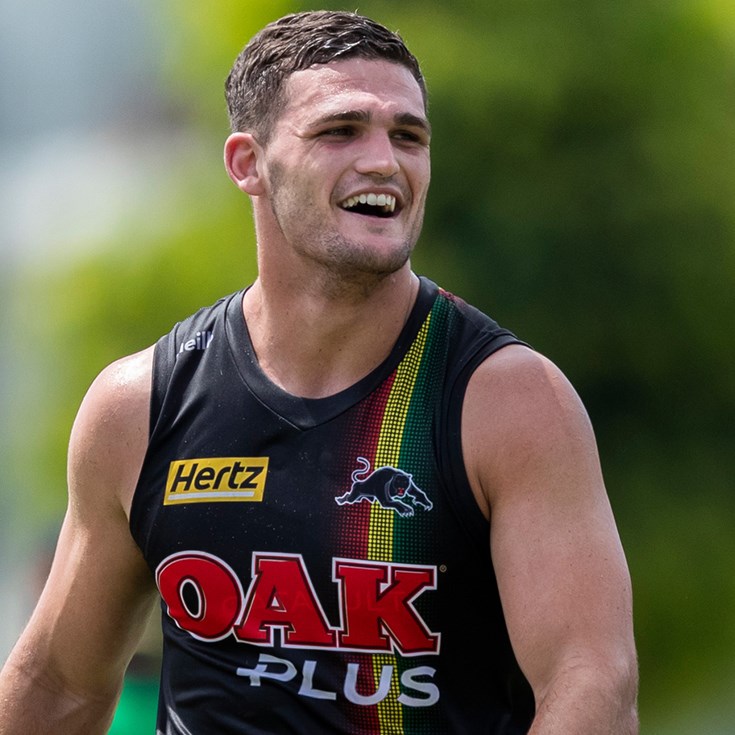 Maloney and Cleary named for NSW