Both teams were locked up heading into the final minute before a Penrith error handed the Rabbitohs one final chance to steal victory.

And they did just that, waiting until the final ten seconds as halfback Lachlian Ilias iced the field goal to seal the win.

It was a heartbreaking defeat for the Panthers, who led 18-4 at half time.

An early penalty gifted the Panthers easy passage out of their own end and a charging run from prop Lindsay Smith then brought them within striking range of the try line.

They were quick to convert, Matt Burton playing it short to second rower Alexander Myles who strolled over under the posts.

Brendan Hands made no mistake with his conversion, Penrith taking a 6-0 lead after just as many minutes.

South Sydney five-eighth Jack Frasca later burst through the middle before being dragged down by Charlie Staines and Luke Geary.

It had turned momentum though and the Rabbitohs went over shortly after through fullback James Tautaiolefua.

The conversion floated to the left of the posts.

Burton bagged his second try-assist of the day when he linked with Terrell May, who muscled his way past three defenders in a great show of strength to score.

The Panthers then pounced in the dying stages of the half when Staines put centre Jake Tago through a hole on the left edge.

Hands was perfect from the boot in both attempts, seeing Penrith take a 18-4 lead into the break.

The Panthers almost extended their lead in the first set of the second half when Burton found space out on the left edge and created an overlap.

A break from Kane Allan put Penrith back under pressure and the Rabbitohs capitalised as Ilias took on the line and sliced under the posts.

The successful conversion from the Rabbitohs halfback then reduced the deficit to eight.

Souths soon went over again, this time catching the Panthers out on the short side as Frasca scored in the corner.

Ilias nailed the conversion from the sideline and suddenly Penrith’s lead was reduced to just two points.

Momentum was well and truly in South Sydney’s favour and they continued to roll on as Augustine Stowers powered over under the posts.

The Panthers eventually responded after a line break from Adam Fearnley. An interchange of passes through the middle saw Staines find Fearnley backing up in support.

Hands couldn’t land the conversion from the sideline, leaving scores locked at 22 apiece. 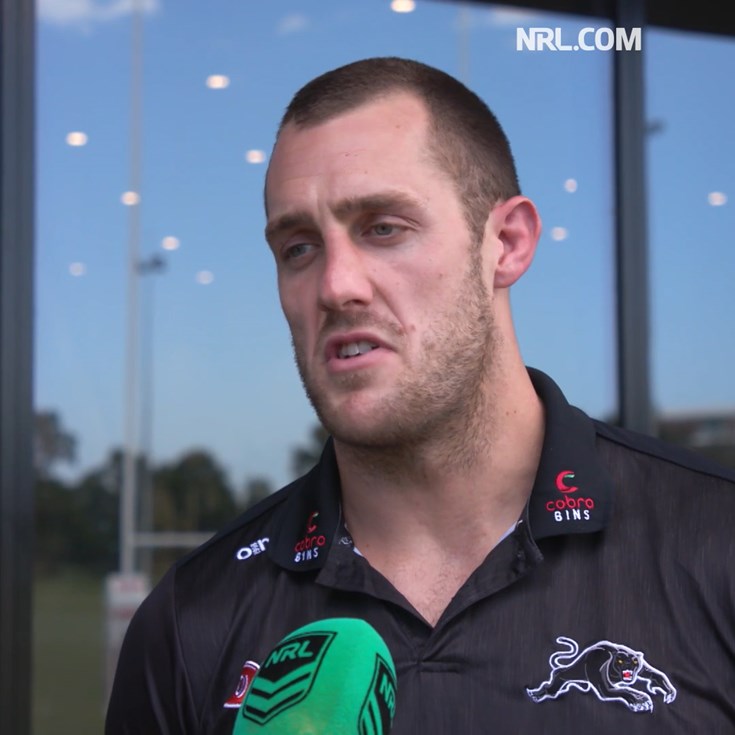