A sprinkler fitter, a plumber and a nightly sit down with paper and pen have helped NSW halfback Nathan Cleary push through a year of endless speculation and media attention.

Cleary has played his entire NRL career under a particularly strong spotlight, but he concedes rolling from one drama to the next since he was last in the Origin arena had "taken a bit of a toll" on his mental state.

In the last year alone the 21-year-old has weathered drawn-out contract sagas involving both he and father Ivan, Penrith's sex tape scandal and a disastrous on-field start to 2019.

In short, a perfect storm that had him thinking "I might have been a bit of a long shot to make Origin".

Helping him out the other side and back into sky blue have been the two school mates he moved out of home with late last year, and a nightly ritual of listing three things he is grateful for.

"I live with two guys that don't play footy, they're both tradies," Cleary said.

"Connor and Johnny, one's a sprinkler fitter and the other's a plumber.

"That helps, I get home and they're always in a good mood and bring me up a bit.

Breaking down the Blues' Origin I team

"I come home absolutely filthy after a loss and they don't really understand it. They're still chirpy and happy still, it helps me get my mind off things.

"They're always into me and they keep me grounded, it's a good mix up. I've got my footy mates and mates from school."

Brad Fittler's show of faith in Cleary is no small leap.

Not since Andrew Johns' heroics in 2005 has a NSW halfback been picked out of a team running last on the ladder, though Penrith's breakthrough win over Parramatta last week lifted them above Canterbury by three for-and against points.

With his own form sliding the same way as the Panthers, Cleary admits to "reading too much stuff", then "self-doubt starting to kick in" as a result.

For a dose of perspective as he returns to rugby league's biggest stage, the young half has taken to listing the little things in life each night.

"Before I go to bed I write down three things I'm grateful for," Cleary said.

"It helps, makes you grateful for everything. You don't take things for granted even when things aren't going the best and you've just got to get into a positive mindset.

"It's not too much of a struggle, we're pretty lucky in this life. It's just simple things, just waking up in a bed is one.

"It's good to look back on that and know how lucky we are. When it seems like times are tough and everything's gone wrong you can revert back to that." 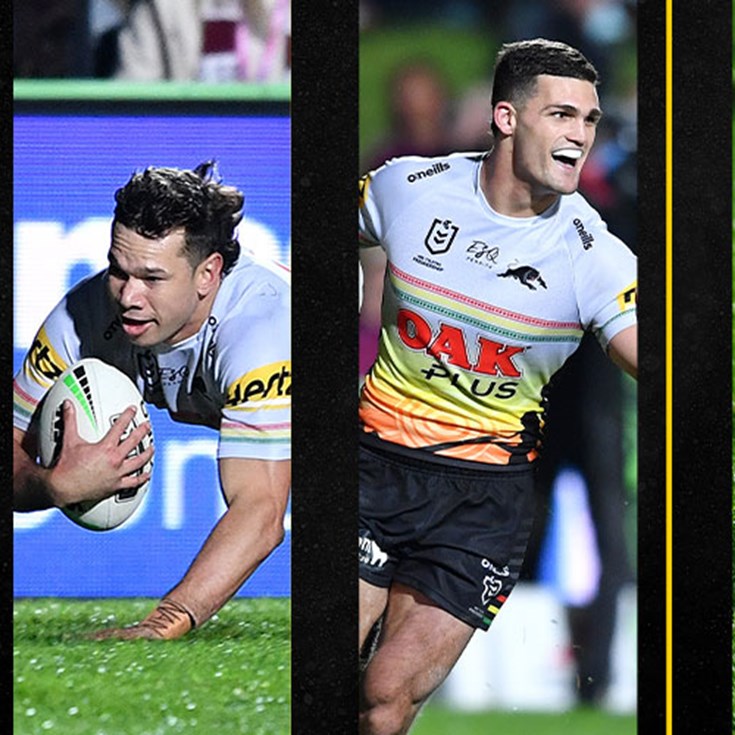 Hertz Plays of the Week: Round 12

Hertz Plays of the Week: Round 10