The Panthers were unable to recover from an awful start in a 30-4 loss to Wests Tigers at Suncorp Stadium on Friday.

The opening 20 minutes were a horror show for the Panthers, as the Tigers scored four tries from four consecutive sets, and a fifth shortly after.

Dallin Watene-Zelezniak set up Dean Whare for an outstanding try at the end of the first half, giving the Panthers a glimmer of hope. Thereafter though, the game management was poor and the attack stagnant, with the result was never truly in doubt.

After a James Maloney penalty, Luke Brooks sliced through and found Ryan Matterson, who sent Moses Mbye over in just the 4th minute. Esan Marsters added the goal to make it 6-0 to the Tigers.

From the kick-off, Robbie Farah caught the Panthers right edge snoozing and sent Brooks away for a try, and Marsters converted to double the lead.

The Panthers right-side defence was exploited again in the 7th minute, and Marsters tiptoed down the sideline to score, making it 16-0.

Just after the Panthers had gained possession for the first time in 10 minutes, a Reagan Campbell-Gillard penalty marched the Tigers back upfield, where Robert Jennings walked over, stretching it to 24-0 after just 17 minutes.

After missing three consecutive conversions, Esan Marsters kicked a penalty goal in the 25th minute to take it out to 26-0.

The Panthers right edge was responsible for three Tigers tries, but they pulled one back in superb fashion in the 28th minute. Nathan Cleary sent it wide, where Dean Whare dived over in the corner after a slick one-two with Dallin Watene-Zelezniak.

Whare’s try breathed life into the Panthers, but they were unable to add another before the break and the Tigers took a 22-point lead to the break.

Wests Tigers had seemingly killed off the Panthers’ faint hopes in the 45th minute when Mbye touched down, but Maloney was obstructed in the lead-up.

The Panthers then let a chance go begging in the 50th minute. Josh Mansour beat Mahe Fonua for pace to break away on the left wing, but there was nobody in support and Mbye dragged him into touch.

Mansour had the next best chance in the 65th minute, leaping for the line after a Maloney cut-out pass, but Mbye again intervened to force a knock on by the winger.

Meanwhile, the Tigers were clinical down the other end. Marsters pounced on Brooks’ clever grubber in the 69th minute to land the killer blow. 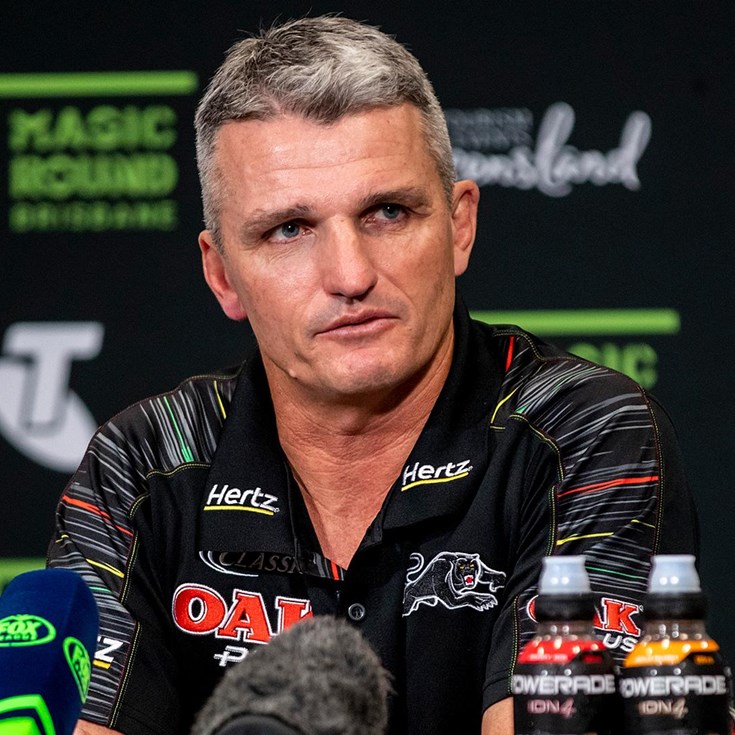