Nathan Cleary was the hero as the Panthers stunned Wests Tigers 9-8 in golden point at Panthers Stadium on Friday.

Cleary won the game with an incredible 40-metre field goal, after his buzzer-beating sideline conversion sent the match into extra time.

The Panthers had trailed 8-2 with less than 2 minutes remaining before Dylan Edwards scored late in the piece, teeing up Cleary to heroically snatch victory from the jaws of defeat.

The Panthers were made to defend their line from the offset, but some strong goal-line defence, highlighted by Waqa Blake’s last-tackle effort in the 5th minute, repelled the Tigers.

Viliame Kikau’s return from injury was brought forward after Frank Winterstein was forced off, with the second rower entering the fray after 8 minutes.

Kikau’s injection breathed life into the Panthers left edge, and Josh Mansour seemingly scored an incredible opener in the 12th minute after Sione Katoa went to the short side. However, his foot cruelly scraped the sideline.

The Panthers were still first on the board however, as Nathan Cleary knocked over a penalty goal in the 14th minute.

Mansour saw another chance peter out in the 19th minute. After Cleary put him into open space, a juggle and a slip brought him undone with a clear path to the try line.

The Tigers blew a chance to equalise in the 25th minute, as Esan Marsters missed an elementary penalty goal attempt.

Josh Reynolds’ boot provided four points instead, the five-eighth dabbing it wide for Corey Thompson after consecutive Panthers errors. Marsters missed the goal, and it remained 4-2 after 31 minutes.

The Tigers put it in behind the goal-line defence twice more before the break, however Dylan Edwards shut down both situations.

Isaah Yeo nearly put Penrith ahead when he picked up the scraps of Cleary’s cross-field chip on the stroke of halftime, but the Tigers scrambled to maintain their advantage.

Cleary and Hame Sele linked up neatly close to the try line to give the halfback a chance in the 46th minute, but Josh Aloiai came from behind to dislodge the football.

A dangerous tackle by Yeo, which landed him on report, marched the Tigers upfield, where Reynolds kicked for another try in the 50th minute. Ryan Matterson scored this one, but the missed conversion saw it remain just 8-2.

Kikau made something from nothing to come awfully close in the 54th minute, but the Tigers last-ditch defence prevailed yet again.

The Tigers, desperate for breathing room, pulled the trigger for field goals twice in the final 10 minutes, but missed both shots in a major relief for the Panthers.

They proved to be critical misses, as the Panthers went on to snatch an unbelievable victory.

A 78th-minute backline shift culminated in Dylan Edwards going over, and it was up to Nathan Cleary to send the game into golden point. He made no mistake, slotting the pressure kick from out wide to make it 8-8 against all odds.

Cleary backed up in golden point, striking a 40-metre field goal to deliver Penrith an unlikely win and send Panthers Stadium into raptures. 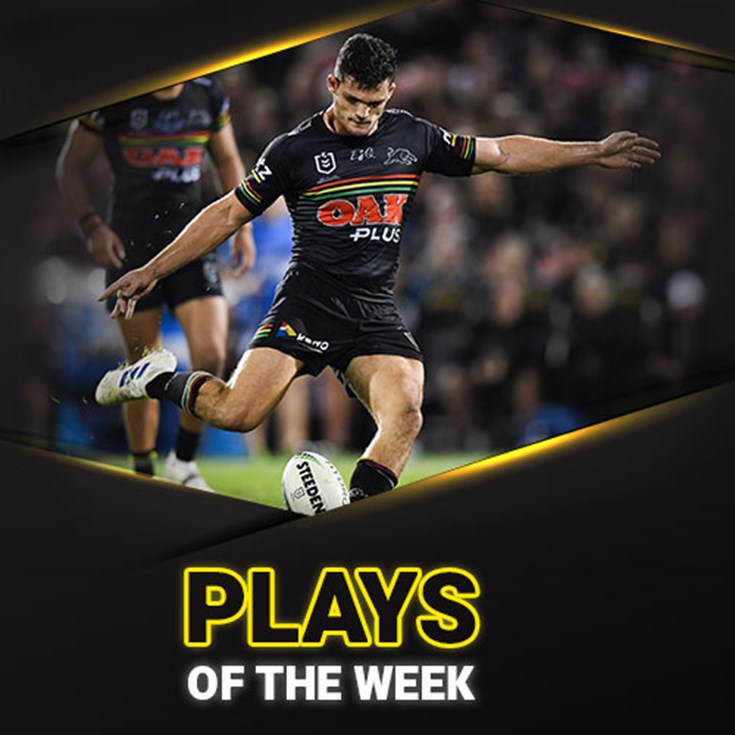