The SG Ball Panthers overcame a slow start to pip the Rabbitohs 20-16 in a thriller at Redfern Oval on Saturday.

South Sydney hooker Peter Mamouzelos was causing all the damage early, scoring two tries as he helped his side race out to a 10-0 lead.

An early penalty saw Souths storm upfield for their first try of the afternoon. It came after Kaylib Savage took on the line before quickly playing it for Mamouzelos, who took advantage of the fast delivery to scoot over out of dummy-half.

The Panthers were their own worst enemies in the opening stages of the first half, conceding back-to-back penalties in the 25th minute before allowing Mamouzelos to again scoop up a quick play-the-ball and score.

South Sydney were also guilty of struggling to adapt to wet weather footy and a mistake in their own 20 saw the Panthers post their first points of the afternoon, with interchange forward Reece Alderton crashing over off a short ball from Taylan May.

Back-to-back penalties gifted Penrith prime field position and not long after a determined effort from Braiden Magele saw the Panthers hit the front for the first time in the game.

Another penalty off the restart compounded South Sydney’s woes as momentum continued to swing in Penrith’s favour. And Magele was at the centre of it once more, this time providing a slick offload for Alderton who muscled his way over for a double. With all three tries in the game converted by winger Bailey Hughes, the Panthers now led 18-10.

A smart kick from five-eighth Sadee Sub Laban trapped South Sydney deep inside their own half as the Panthers looked to close out the win.

But a last-tackle penalty for an escort saw the Rabbitohs reduce the deficit back to two points as John Dodds spun over to score.

It set up a tense finish and South Sydney looked like they would steal the win when Salesi Malu streaked down the left touchline and kicked ahead. The ball trickled into the in-goal area but Sub Laban showed great urgency to toe it dead as three Rabbitohs dived for the loose ball.

A late penalty goal to Hughes would push Penrith’s lead out to four and it proved to be enough as they held on for a hard-fought win. 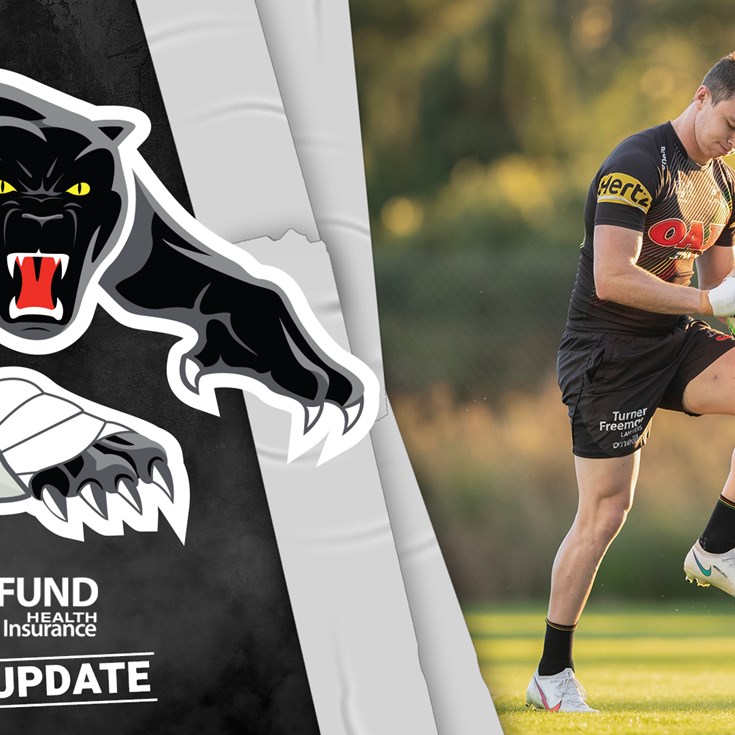 Presented By Bluestone 18 hours ago