South Sydney forward George Burgess will miss the opening three rounds of the 2019 NRL season after being found guilty of an eye gouge on Dallin Watene-Zelezniak.

Burgess fronted an international disciplinary panel on Tuesday night in the UK and pleaded not guilty to the charge.

The panel found the evidence to be too strong and also fined Burgess £500 for the incident.

Burgess said he accepted the punishment but denied he had intentionally performed an eye gouge, tweeting "I want to make it completely clear to everyone that it was never my intention to ever gauge (sic) anyone.

"It is not in my makeup as a rugby league player and never has been. I sincerely apologise to anyone who thinks bad of me after seeing the footage.

"I always set out to be a positive role model for the younger generation and I will continue to do so.

"I accept my punishment but I will never accept that I gauged (sic) a fellow player's eye intentionally. I have too much respect for the players I play against and with."

Burgess to miss start of 2019 season after eye-gouge ban

The RFL announced the citing on Monday afternoon.

"The Match Review Panel appointed by the Rugby Football League for the series determined that the incident merits a Grade D charge of behaviour contrary to the true spirit of the game," the statement read.

Burgess could have missed between three to five games under the judiciary format and the ban will carry over into the start of the 2019 season at South Sydney.

I accept my punishment but I will never accept that I gauged a fellow players eye intentionally. I have too much respect for the players I play against and with.

Watene-Zelezniak played down suggestions he was eye gouged by Burgess following the second Test match against England at Anfield on Sunday.

Fans on social media were up in the arms over the alleged incident with footage showing Burgess's fingers around the face region of Watene-Zelezniak, who attempted to push the England forward away in retaliation.

Watene-Zelezniak received treatment from medical staff but no official complaint was made on the paddock, nor was Burgess reported or penalised by NRL referee Gerard Sutton at the time of the incident.

Despite admitting he needed "eye drops" to continue playing, the Kiwis captain didn't believe Burgess deliberately intended to cause harm.

"I felt a finger go in my eye but that's football," Watene-Zelezniak said.

"I have no idea [if it was an eye gouge] I'll have to watch it back. He's a big boy with some big fingers so his hand on my face probably covers it all.

"I'm sure he didn't do it on purpose. He and his brothers are good guys and have done really good things in the game. I don't think that's in their kit bag.

"I'm sweet now. I'm sure it was accidental. It was a bit blurry but whatever the doctor gave me helped a lot. It's international football, I'm an adult so can take those things. What I can't take is a loss." 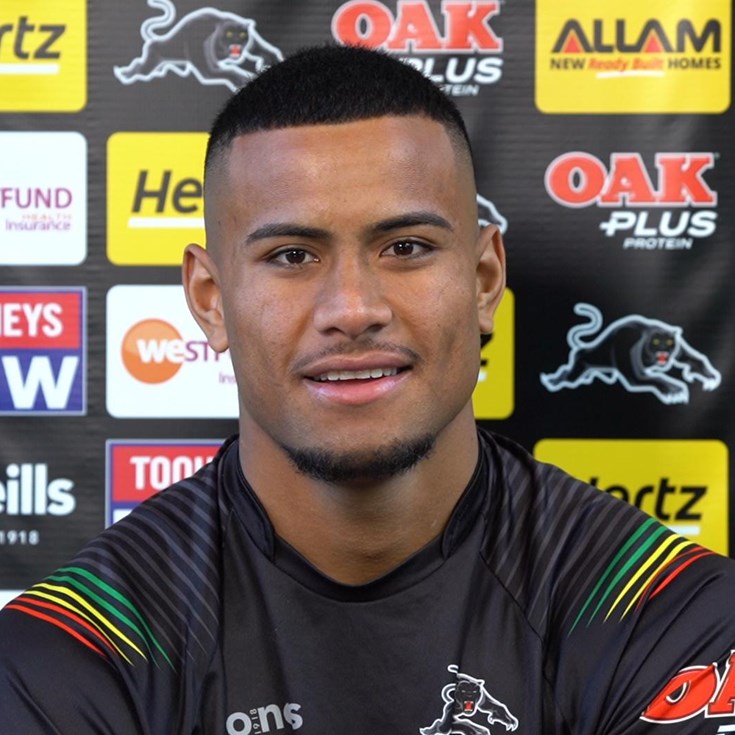 On The Air: Nathan Cleary