England forward George Burgess will front a three-man disciplinary hearing after being cited for an alleged eye gouge on New Zealand captain Dallin Watene-Zelezniak in the second Test over the weekend.

The RFL announced the citing on Monday afternoon with Burgess set to face the panel on Tuesday evening in the UK (Wednesday morning AEDT).

"The Match Review Panel appointed by the Rugby Football League for the series determined that the incident merits a Grade D charge of behaviour contrary to the true spirit of the game," the statement read.

If found guilty of a Grade D charge, Burgess could miss between three to five games, which will carry over into the start of the 2019 season at South Sydney.

Watene-Zelezniak played down suggestions he was eye gouged by Burgess following the second Test match against England at Anfield on Sunday.

Fans on social media were up in the arms over the alleged incident with footage showing Burgess's fingers around the face region of Watene-Zelezniak, who attempted to push the England forward away in retaliation.

Watene-Zelezniak received treatment from medical staff but no official complaint was made on the paddock, nor was Burgess reported or penalised by NRL referee Gerard Sutton at the time of the incident.

Despite admitting he needed "eye drops" to continue playing, the Kiwis captain didn't believe Burgess deliberately intended to cause harm.

"I felt a finger go in my eye but that's football," Watene-Zelezniak said.

"I have no idea [if it was an eye gouge] I'll have to watch it back. He's a big boy with some big fingers so his hand on my face probably covers it all.

"I'm sure he didn't do it on purpose. He and his brothers are good guys and have done really good things in the game. I don't think that's in their kit bag.

"I'm sweet now. I'm sure it was accidental. It was a bit blurry but whatever the doctor gave me helped a lot. It's international football, I'm an adult so can take those things. What I can't take is a loss."

The Kiwis captain couldn't have done anymore to get the side over the line with a first-half try and a bust up the middle to send Ken Maumalo over in the second.

"I'm still trying to get my head around it, I hate losing," Watene-Zelezniak said.

"Just the way we've lost the last two weeks it's been frustrating. We know we can be better. Obviously, we've lost the series but have another game next week to leave with something."

Senior members of the Kiwis outfit stayed back longer post-game to discuss the result with coach Michael Maguire.

Adam Blair, who became the second most capped Kiwis player in the loss with 47 Test appearances, wants to see fight from the side in the final game.

"It's about being professional in how we go about ourselves," Blair said.

"This is going to define us as a group the way we prepare and turn up next week. We started off well in New Zealand and have now let ourselves down in areas of the game." 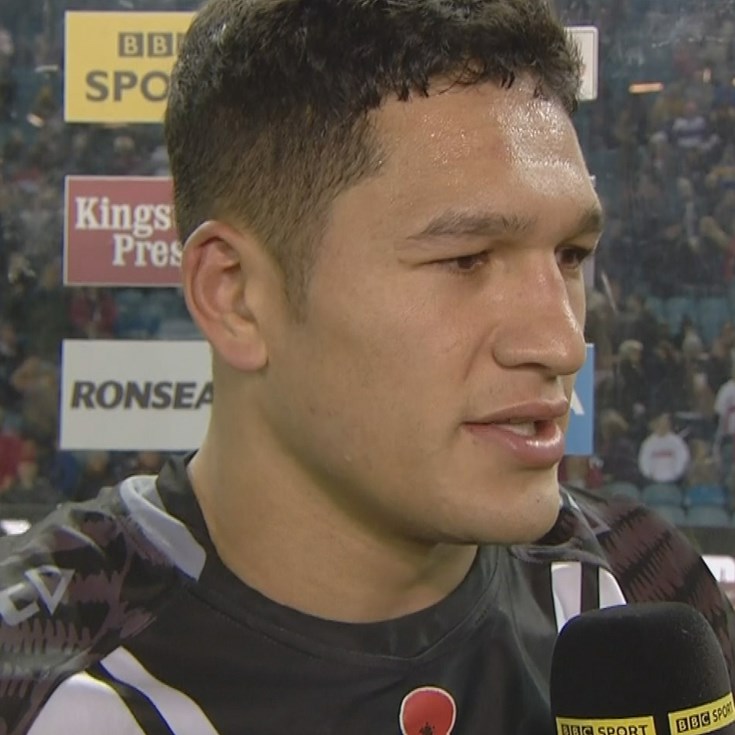 DWZ: Our country deserved it