Penrith Panthers is delighted to announce Moses Leota has agreed to a three-year contract extension with the club.

The new deal means the 23-year-old prop will remain with Panthers until at least the end of the 2022 season.

"It feels great to have re-signed and to know I'll be at Panthers for the next four years," Leota said.

"With the players and staff we have, I think we're in a strong position to push for a premiership. That's a big motivation for me.

"This is the club that showed faith in me from the very beginning and now it's my time to give something back.

"I want to thank the Panthers members for their support. I can't wait to see them again in 2019."

The impact of Moses Leota

Leota was a member of the premiership-winning Panthers NYC side in 2015 and was subsequently named the club's NYC Player of the Year, ahead of the likes of Nathan Cleary and Dylan Edwards.

He made his NRL debut in Round 14, 2016, and the following year played a leading role as Panthers won the reserve grade premiership and Intrust Super State Championship title.

In 2018 Leota established himself as an impact forward in the Panthers NRL side and made 20 appearances, averaging 20 tackles and 60 running metres per game.

"Moses is one of the hardest working young men I have encountered in all my time in rugby league," Panthers Executive General Manager Phil Gould AM said.

"He is another success story emerging from the club's junior development pathways and he deserves everything he gets out of the game due to his unconditional commitment.

"We're delighted Moses will be part of our club for the next four seasons."

Leota surprises his mum with a new car 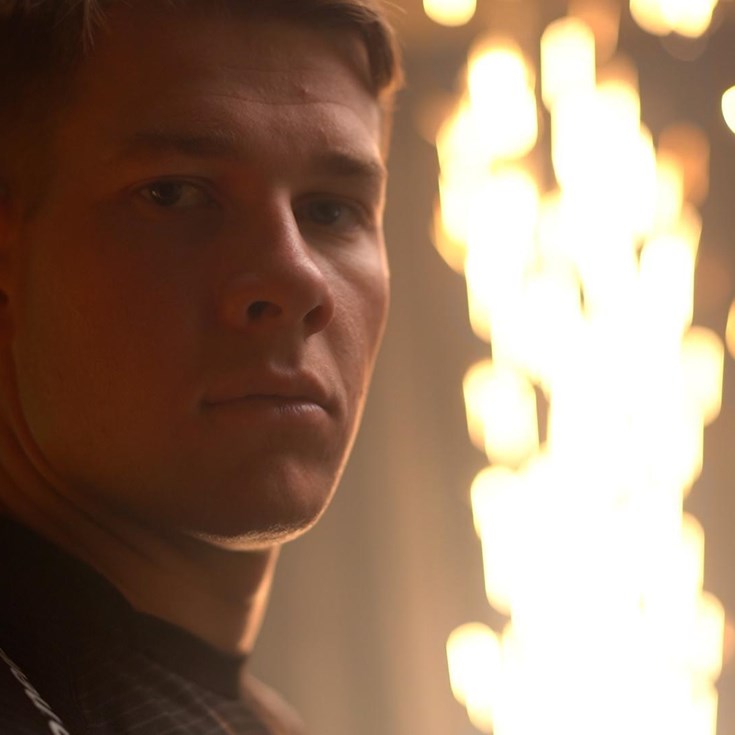