Penrith Panthers is delighted to reveal the club's official logos for the 2019 NRL season and beyond.

The iconic combination of red, yellow and green stripes became synonymous with the club during the 1990s and returned to the club's jersey range in 2017.

"The logos have undergone a few subtle changes and I know our members and fans will love the fresh look," Panthers Executive General Manager Phil Gould AM said.

The renewed logos complete the club's official transition away from the colour teal, which Panthers first adopted in the 2000s.

The leaping Panther logo will feature on the 2019 Panthers jerseys and off-field merchandise. 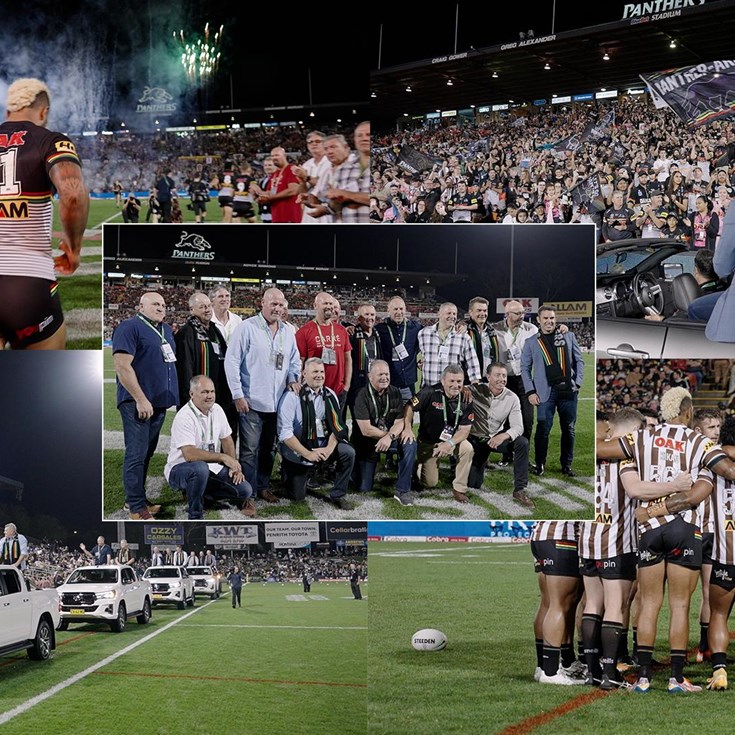 The ‘91 Heroes Return: One Night In Penrith