The devils Penrith know best have destroyed their grand plans for the game's greatest nursery, with one-time club favourites Matt Moylan and Luke Lewis spearheading a 21-20 Sharks triumph that ends the Panthers season.

But not before 2018's comeback kings went within a whisker of nailing the greatest comeback in finals history, reeling in an 18-0 deficit that required a 75th minute Chad Townsend field goal to seal the deal.

Moylan and five-eighth counterpart James Maloney have kept papers in print this week with countless copy penned on their storied match-up.

For 40 minutes the headlines ran in black, white and blue as Moylan – Penrith captain and multi-million-dollar earner just 12 months ago - put on a first half masterclass.

Just as they have all season though, the Panthers stopped the show, then damn near stole it with a second half barrage while Cronulla skipper Paul Gallen watched from the sheds with a busted shoulder.

After half an hour, the 19 buses that Penrith had ferried their fans in from the west were being warmed up, while Cronulla were arranging plans for next week's trip to Melbourne.

Maloney had been badly exposed twice in defence, first for Townsend's opening try, then again by Moylan and Lewis, who breezed past the Panthers No.6 from 30 metres out.

In between the veteran five-eighth had been pinged for a cannon ball tackle that put a Val Holmes penalty goal on a platter, while Sosaia Feki had flown high for a bomb that found its way to Holmes as well for another nail in Penrith's coffin.

Lewis meanwhile was making the gulf between the two sides plain.

At the 21st minute Dallin Watene-Zelezniak sat him on his 35-year-old backside. A minute later, the old stager did the same to Waqa Blake to win the ball back.

Just for good measure, he bashed Blake back into his in-goal a few plays on.

Street smart and up for a stoush, the Sharks played the percentages with outright hostility.

For all the flash and pizazz when they need points, Penrith never came close to mounting enough pressure to put them on – completing four of their first nine sets and conceding four penalties in the first 30 minutes.

Eventually, though, the razzle dazzle that made Penrith the game's most watchable side shone through. Hanging onto the pill saw possession flows even up. And with enough ball-in-hand they were always in the ball game.

The first shot of the night from Nathan Cleary was the 39th minute penalty goal that put Penrith on the board.

His second had the comeback on in earnest, with Holmes willing a Tyrone Peachey grubber over the dead ball line, only for Cleary to sneak past him for a 49th minute try.

Another Holmes penalty put Cronulla at ease, but only for a moment.

Issah Yeo's barge over in the 65th minute put Penrith within striking distance.

And two minutes later the blow landed, a width of the field shift finding Viliame Kikau with only two defenders to barge through in a 50-metre jaunt that ended with Blake levelling the scores.

As Cronulla clung on, Townsend tipped them back in front by one with his own strike from 20 out.

And that was just enough, despite the Panthers coming calling to the end. Despite a couple of Cleary field goal attempts that threatened to rewrite finals history, and a repeat effort from the kings of the comeback.

News & Notes: This was just Cronulla's seventh win from 18 finals matches played at Allianz Stadium... Since the re-introduction of the Top 8 in 1999, the Panthers have lost each of their five games in week 2 elimination finals... This was the first finals clash between the two sides since they both came into the competition in 1967...Paul Gallen (shoulder) and Luke Lewis (calf) will both have to be monitored ahead of next week's trip to Melbourne... Crowd 19,211. 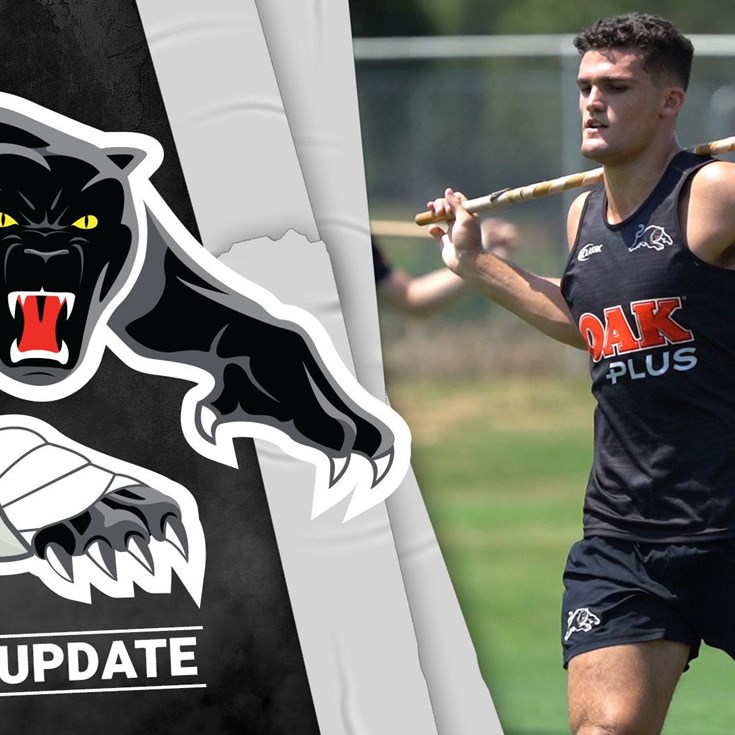