Corey Harawira-Naera slipped through the Warriors' net as an undersized teenager, but now returns to haunt his childhood team thanks to a Panthers regime of 3am protein shakes that turned him into an NRL star on the rise.

Alongside fellow Kiwi James Fisher-Harris, who hails from the same tiny town of a few hundred people, Harawira-Naera dreamed of wearing a Warriors jersey and tried his hand at a couple of junior trials.

As a "skinny fella trying to play in the back row", his 87kg frame didn't stand out in the land of junior giants.

But on the advice of local scout Jim Larkin, the Panthers picked the pair of back-rowers up at the end of 2013 and shifted them across the Tasman.

With a strict 24-hour edict to eat that had him chowing down at all hours of the night, Penrith have since built Harawira-Naera into one of the game's more promising back-rowers.

"I used to think having one big feed in a day would put weight on me," Harawira-Naera laughs.

"Then coming over here I learnt a few lessons about nutrition and diet. Panthers taught me how to eat basically - I'm up to around 100kg now.

"I was getting bashed around here so Penrith put some weight on me. I was getting up a few hours before I'd have to go to work just to drink a protein shake or have a nibble.

"It was all worth it but it used to drive me nuts, you'd wake up at 3am, hear the alarm go off, chug a protein shake and then I usually couldn't get back to sleep.

"That took a lot of getting used to. A lot of the boys would love to be told to eat, I was the lucky one and probably took it for granted."

Harawira-Naera is back in town for a crucial clash against the Warriors and Penrith chasing a top-four spot.

He has a point to prove, but not to the Warriors. Seven missed tackles and two errors in last week's loss to Newcastle have seen the 23-year-old pushed back to the bench in Cameron Ciraldo's reshuffled side.

Still in only his second season of his first grade, Harawira-Naera sees plenty of improvement in his game.

Penrith see plenty of potential too, locking him down until the end of 2020 despite both Ivan Cleary and Trent Barrett trying to lure him to Wests Tigers and Manly respectively.

As he comes up against a few familiar faces at Mt Smart Stadium on Friday night, Harawira-Naera holds no grudge toward the Warriors system that passed him by.

"I had a lot to work on, I've always wanted to be a forward but I was never big enough until I came over here and filled out," he says.

"I didn't get lucky enough like most of the boys that are there now. They've got too much talent to choose from over there, so Fish and I slipped under their guard and got a bit luckier over here.

"They had the development squads from 13s right up until 20s. A lot of those boys I played against growing up and a few times played with them too – Bunty Afoa used to come up a lot in those open trials.

"I played a few games there but couldn't get anything and had to come over [to Penrith], which I'm grateful for." 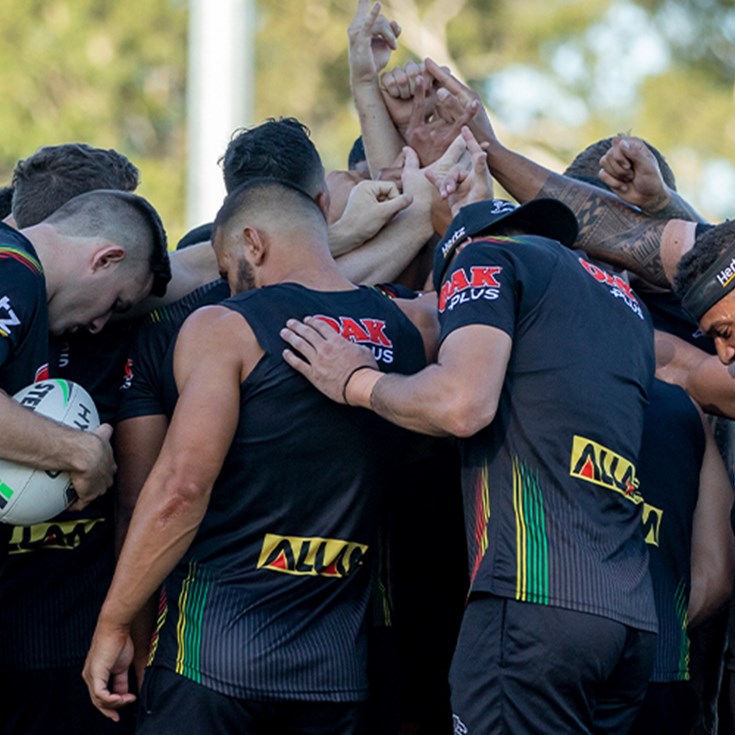 Stand Up. Flags Up. Fight On.

Panthers geared up for isolation training

Panthers out to make history in Melbourne

Gallery: Building for the Dragons