The Panthers trailed 16-6 with 5 minutes to spare before late tries by Cleary and Dallin Watene-Zelezniak forced the scrappy affair into extra-time, where Cleary came up with the goods after missing a conversion attempt that would have won the match for Penrith in regular time.

After an early penalty, the Titans opened the scoring when Ryan James reached through some weak goal line defence to plant the ball down. Ash Taylor knocked over the goal to hand the Titans a 6-0 lead after 4 minutes.

The Panthers' opener came from inside their own half in the 13th minute when a one-two between Reagan Campbell-Gillard and Nathan Cleary paved the way for Tyrone Peachey to spin it to Blake, who dived over in the corner. Cleary converted from the sideline to level the scores.

The Titans threatened to hit back in the 16th minute when Anthony Don broke into the backfield, but the winger was mowed down by Blake and Campbell-Gillard before a Konrad Hurrell error saw the opportunity fizzle out.

Don appealed for a four-pointer in the 24th minute when he pounced on the scraps of a tussle between Peachey and Nathan Peats, but the Bunker overruled the on-field try ruling after spotting a knock on by the Titans hooker.

Tensions flared in the 33rd minute after Jack Hetherington caught Brimson high, which resulted in the prop being put on report and sent to the sin bin due to repeated infringements by the Panthers.

The Titans were unable to capitalise on the one-man advantage however, as the Panthers repelled the Gold Coast through James Maloney's dropout win and Dean Whare's strong tackle which forced an error by Kane Elgey.

The Panthers were given a scare on the stroke of halftime when Maloney went down clutching at his knee, but the captain returned to his feet and battled on.

Taylor caught the Panthers short of numbers out wide in the 44th minute and cut-out passed to Elgey, who sent Phillip Sami over in the corner untouched. The halfback was unable to add the conversion however, and the margin remained four points.

Blake looked set to grab his double in the 48th minute when he tiptoed down the sideline after a Viliame Kikau offload, but Brimson put his body on the line and barrelled the centre into touch.

After a scrappy, error-riddled passage, the Panthers set up camp on the Titans goal-line before a Maloney cut-out pass was intercepted by Don, who went the distance to dot down. Elgey's goal made it 16-6 in the Titans favour after 60 minutes.

A high tackle by Elgey gave the Panthers a rare offensive opportunity in the 69th minute, but Penrith came up empty-handed again as Jai Arrow pinched the ball back in a one-on-one strip.

Maloney looked to have earned the Panthers another chance in the 73rd minute when he forced Don to put the ball over the dead ball line, but the Bunker ruled a knock on by Kikau before the winger got his boot to the ball.

However, the Panthers forced their way back into the contest late on when Whare stepped around Elgey and into open space before linking up with Cleary in support. The halfback then added the conversion to make it 16-12 with 4 minutes remaining.

The Panthers were pinned down in their own half in the final minute before Maloney spun the ball to Kikau on the last tackle, who got an arm free and offloaded to Blake, who sent Watene-Zelezniak over for the equaliser. Cleary was left with the task of kicking the Panthers to victory, but his conversion attempt drifted wide and the match was forced into golden point.

After Cleary and Taylor exchanged unsuccessful field goal attempts, the Panthers halfback made amends for his conversion miss in the 84th minute by slotting the match-winning drop goal from 30 metres out to secure a miraculous win by the persistent Panthers. 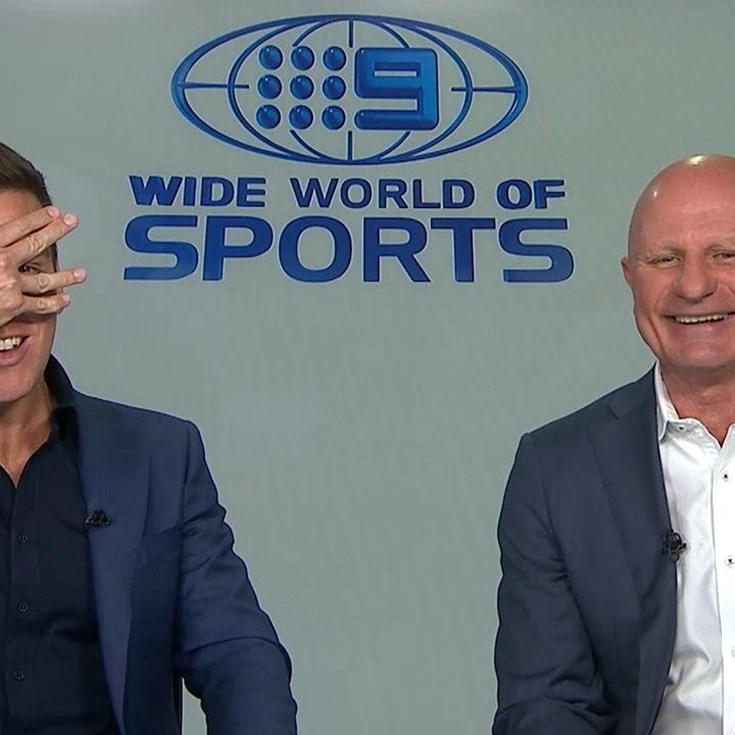 OAK Plus Gallery: Round 22