James Maloney says he is not worried by Penrith's mini-slump at the moment and has vowed to improve his leadership after getting frustrated with how the dismal first half of the 50-18 loss to Brisbane panned out.

Returning from the gruelling State of Origin campaign the NSW five-eighth was not at his best as the Panthers trailed 32-0 at the break in the round 19 match at Suncorp Stadium on Friday night.

The loss was the club’s fourth in five games but Maloney said he was confident the team would start firing when it counted as the semi-finals loomed.

"I'm probably not as concerned about it as you guys seem to be," he said.

"We've got six weeks to go in the season and we need to be playing our best footy in six weeks, and we'll be doing that and start building towards it.

"I'd probably be more concerned if we were humming and doing everything right because I'd have doubts if we could hold it for another 10 weeks.

"We are all back together now [after Origin] and we'll get it right."

Maloney said he would be putting in an improved display personally in the 'away' game against the Sea Eagles at Lottoland next Saturday night.

"Some technical stuff we missed the mark on, and some frustration crept in," he said of the heavy loss to the Broncos.

"That stemmed a bit from me.  I got a bit frustrated in the first half and that didn't probably help the boys in terms of leadership so I'll fix that up next week.”

Coach Anthony Griffin said "everything" went wrong in the first half but agreed with Maloney about his side's capacity and determination to return to the kind of form that saw the Panthers on top of the NRL ladder a month ago.

"Brisbane were sitting here last week thinking they couldn't play and they have come out and turned it around, and we will turn it around," Griffin said.

"Obviously we are not happy with what happened tonight. It is not acceptable for us as a team and a club, but…it is a performance we will learn from.

"We are in a position where we are at the moment in the top-eight because we have a very good football team and some good people that have worked hard all year, and that’s not going to stop."

Griffin said fullback Jarome Luai had an ankle ligament injury and would have scans on Saturday to determine the extent of it after he left the field late in the first half and did not return.

On a brighter note, Test winger Josh Mansour returned from a long layoff after suffering a horrific facial fracture and played strongly, scoring the second of Penrith's three second-half tries.

"I thought he was really good tonight," Griffin said.

"He has obviously been out for 14 weeks so he just needs to play games, and he got a try and had a lot of key involvements tonight.

"He just needs to keep playing and work himself into match fitness." 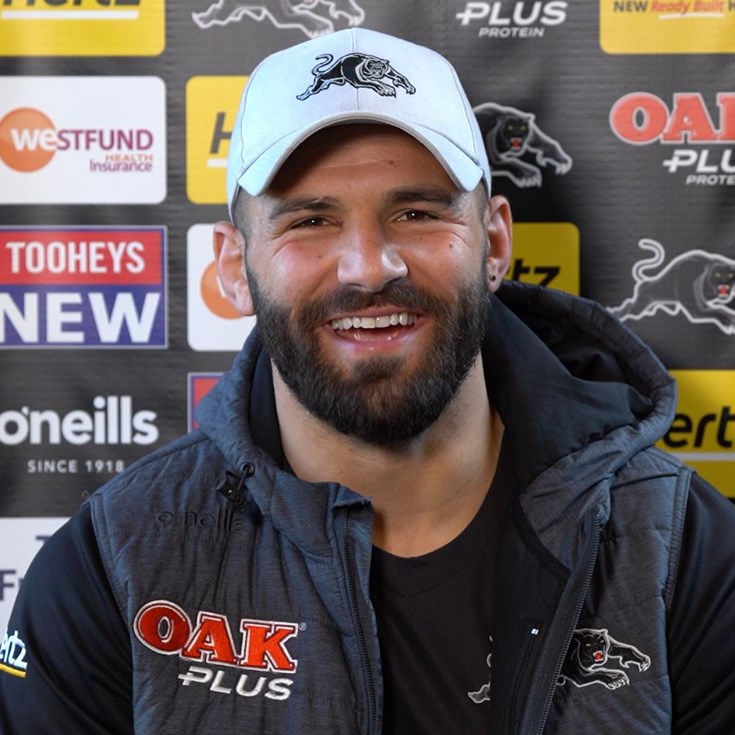