Nathan Cleary is set to make his State of Origin debut for NSW after being called into the squad to face Queensland in the series opener in Melbourne.

Cleary is one of 11 fresh faces expected to be named in rookie coach Brad Fittler's new-look Blues side for the MCG clash with the Maroons on June 6.

Cleary will be joined by Panthers playmaker James Maloney in the halves with teammates Reagan Campbell-Gillard and Tyrone Peachey also in the squad.

There are only six survivors from last year's decider, with Boyd Cordner, Jake Trbojevic, David Klemmer, Tyson Frizell, James Tedesco and Maloney holding onto their positions.

South Sydney hooker Damien Cook is another of the debutants with the Rabbitohs star winning the race for the No.9 jersey ahead of St George Illawarra's Cameron McInnes.

The NSWRL has yet to confirm the make-up of the squad however NRL.com understands South Sydney's Angus Crichton and St George Illawarra's Jack de Belin and Paul Vaughan are among the debutants who are set to be formally announced on Monday evening at a function at The Star.

The team will gather in Coogee on Monday morning for medical examinations.

7.17pm update: Rabbitohs fans can rejoice - back-rower Angus Crichton is one of the many Blues selections in line to make his Origin debut.

7.14pm update: Tom and Jake Trbojevic, James Tedesco, David Klemmer and Latrell Mitchell are also in Fittler's squad, suggesting Tedesco will start at fullback with Tom Trbojevic vying for a centre berth with Mitchell and James Roberts or a place on the wing up against Josh Addo-Carr and Nick Cotric.

6.26pm update: Brad Fittler has told Channel 9 he was always going to be blooding a lot of new players. "It could be nearly double-figures (in debutants). If you go through the injuries alone from last year and the blokes that aren't playing anymore, there's anything up to eight players that can't be chosen."

On Cleary's return from a knee injury the past couple of weeks, he added: "It has been an unbelievably mature comeback. This is pretty much his first setback as a player. His game last week, he did everything possible. He scored the first try. He has been absolutely brilliant and done everything he possibly can."

6.09pm update: Raiders winger Nick Cotric is yet another potential debuant in the squad, earning a call-up a couple of days after starring in Canberra's dramatic one-point win over Manly at GIO Stadium.

It would be a dream: Campbell Gillard

5.44pm update: Broncos centre James Roberts is set to line up for the first time with the Blues as reward for his recent purple patch of form. He will have to prove his fitness after suffering an Achilles strain in last Thursday's win by Brisbane over Parramatta.

5.29pm update: Storm winger Josh Addo-Carr will fly to Sydney on Monday to join the NSW squad. He has not played in the Holden State of Origin arena and has enjoyed a rapid rise in the past two seasons since switching from the Wests Tigers. Titans forward Ryan James is also in line to represent the Blues for the first time but he may be chosen as a standby player. 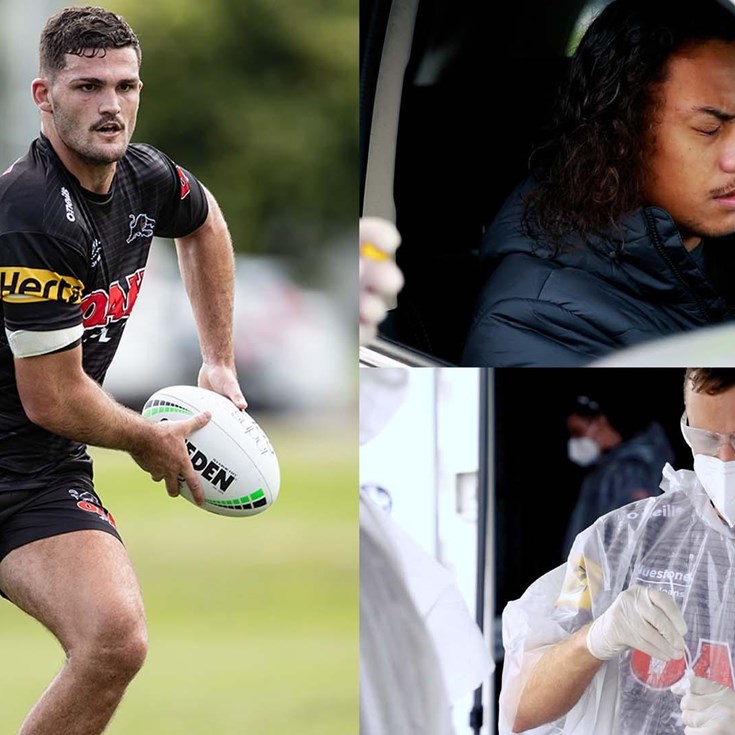 The 163 try involvements behind Blues halves

Cleary hoping for another crack with Cody