If Ivan Cleary had it his way, Penrith back-rower Corey Harawira-Naera would be lining up in Wests Tigers colours against his former club on Thursday night.

Not one to fuss about contract negotiations, Cleary invited the 22-year-old to his home last year for a chat about possibly moving down the M4 to Concord – all while son and Panthers teammate Nathan was upstairs unaware of what was unfolding.

As it turned out, Harawira-Naera knocked back the offer despite the attraction to reunite with Cleary – who brought the youngster over from New Zealand as a teenager – as well as former teammate and mentor Elijah Taylor.

"[Nathan] tried to get the boys in on it by saying I was over signing cheques and stuff, but it never happened," Harawira-Naera laughed.

"I got my head around [leaving]. I was looking forward [to the move]. I was pretty close but obviously it didn't turn out that way."

A last-ditch effort from the Panthers to outline where Harawira-Naera's future stood outweighed Cleary's attempt to lure him from the foot of the mountains.

The Panthers were also driven to support his rehabilitation journey as he was set for a shoulder reconstruction in the off-season.

"[Loyalty] had a lot to do with it and all my mates are here," Harawira-Naera said.

"I could see all the boys coming through and wanted to be a part of it really. I've always believed in that they gave me a chance, to follow my dreams, so I owed it to them to stay here if I had to.

"They've always looked after me out here, that's got a lot to do with it."

Thursday night's clash has more than its fair share of storylines with Dallin Watene-Zelezniak taking on brother Malakai for the second time in their careers, while Nathan Cleary's return from a knee injury against his father Ivan is the major drawcard.

But Harawira-Naera's own journey to take on a club he was so close to joining adds to the hype.

"It adds to it, gets the fans interested as well," he said.

"I think we'll get a good gauge on where we really are as a team."

The return of Cleary in the halves kicks off a welcome return of injured players for the Panthers, who have been stretched the past two months of the Telstra Premiership.

Tyrone May is also available for selection this week, while centre Waqa Blake is the next player due back in round 14.

"It's good to have options, big Jacko (Jack Hetherington) is back from suspension as well," Harawira-Naera said.

"Once everyone comes back from injuries there will be a few boys to miss out. It's good to be on the opposite side with a few more wins than losses." 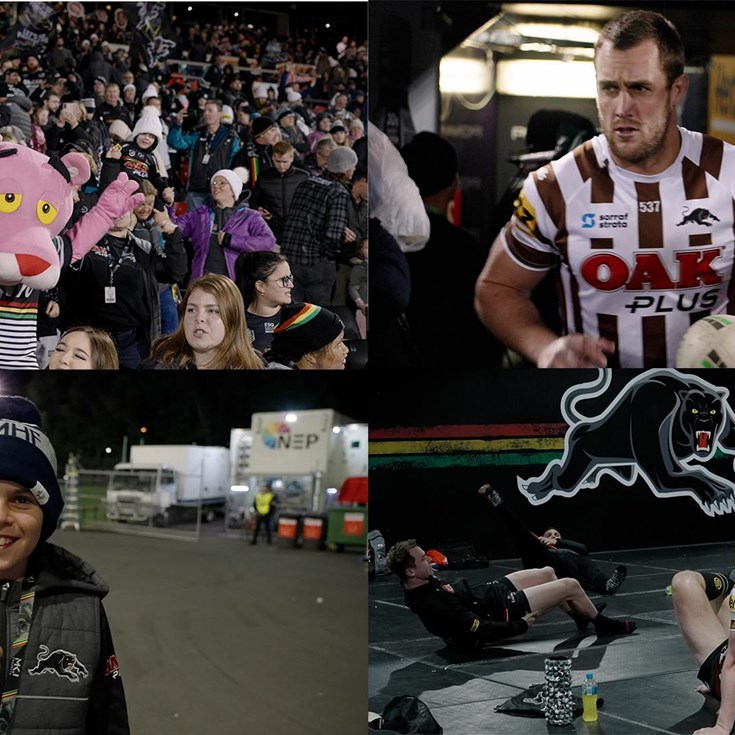 Presented By Alpha Catering 4 days ago
96:06

Presented By OAK Plus 4 days ago