Hertz Man of the Month: April

The Panthers recorded wins against the Eels, Titans and Bulldogs in a big month of footy in April. Watch the highlights of four standout performers and vote for your Man of the Month here.

James Maloney starred for the Panthers, controlling matches with his all-round passing, running and kicking game. Across the four games Maloney ran 462 metres, advanced the play with over 1,182 kicking metres and laid on multiple tries for his teammates.

Viliame Kikau attracted a number of defenders each time he held the ball. He carried defenders for 215 of his 478 metres while also accumulating 17 tackle breaks and 11 offloads. Kikau scored his third try of the season against the Sharks.

Playing in both the second-row and at centre throughout the four games Isaah Yeo didn't put a foot wrong as he notched up 483 metres and 106 tackles against some tough opposition. Yeo also made nine tackle breaks and scored the match-winning try in the courageous comeback victory against the Bulldogs in front of a boisterous home crowd.

In the middle of the field James Fisher-Harris took down everything that came his way as he made 151 tackles. He averaged over 100 metres with ball in hand, carrying the Panthers out of trouble on a number of occasions and offloaded on five occasions. Fisher-Harris took out the prestigious ANZAC Round Man of the Match medal. 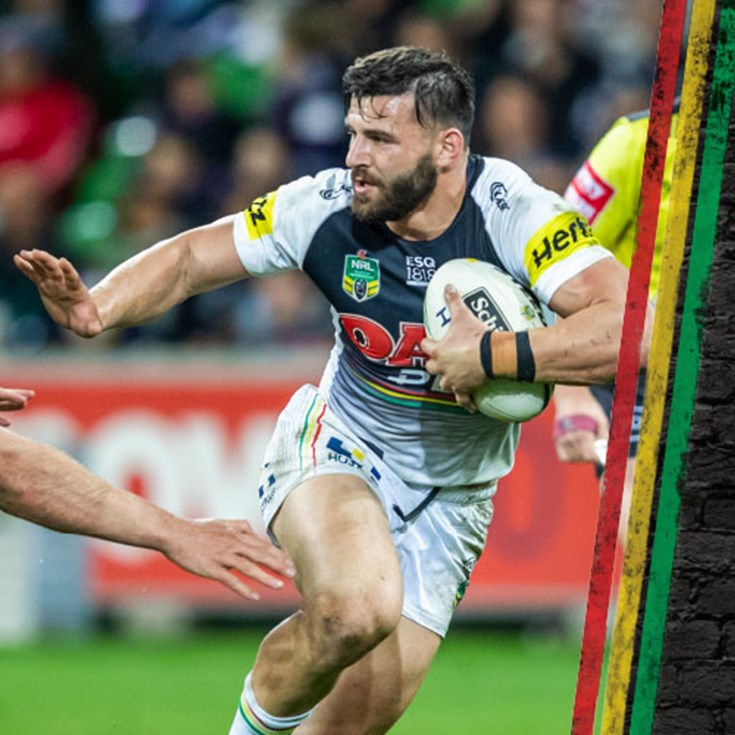 Hertz May Man of the Month

Round 12 Hertz Plays of the Week