Penrith Panthers forward Viliame Kikau has revealed he had no idea he would be leading the Fiji Bati in their pre-game hymn through the World Cup until skipper Kevin Naiqama stunned him with the request shortly before the tournament.

At 22, Kikau was one of the younger members of the squad but, having grown up in Fiji until he was scouted by the North Queensland Cowboys in 2013 and a Bati squad member since 2015, he knows plenty about Fijian pride.

The powerful, spine-tingling hymn the team sang before each game was one of the highlights of the tournament and one of the lasting memories of the World Cup is of Kikau standing tall and leading the emotional prayer circle.

"I have no idea [why Naiqama asked me], I've got the worst voice in the team!" Kikau laughed when quizzed by NRL.com on how he landed the gig.

"We were playing around [at training] and Kev asked me, he pulled me aside. We usually sing all these songs, these hymns during the devotions (prayers) and some of them I started leading just because I know the lyrics better than some of the boys.

"Leading into the first game Kevvie pulled me out and asked me if I'd mind leading the hymn before games. I was a bit shocked and nervous to say yes. I was excited and happy as well, blessed to do that and lead the hymn every time we play.

"My first game was the worst, off tune at the start. I'm always nervous before games, to lead the boys, it was a double job for me but I was blessed. Second game, third game I started to get used to it."

Kikau said he felt blessed just to have made the squad, let alone take on a leadership role.

"Just to be around those boys and rubbing shoulders with big names like Jarryd Hayne and Ashton Sims. I learnt heaps off those senior players," he said.

Having so few resources to prepare compared to an NRL club like Penrith in a way helped bind the team even closer, he added.

"That was one thing that brought us together, the limited resources that we had and to train with a couple of the local boys back home was great. We used what we could, not as much facilities as we have at Penrith but we were grateful for anything. It gives us more passion representing our country.

"Our belief is one of the things that stands out as a team. I believe in God. Everything that we do, first of all we want to represent our country, our family and heritage."

Naiqama said Kikau's efforts made Fiji's special World Cup campaign, which took them all the way to the semi-finals, even better.

“It’s one of those things you have to be a part of, it’s really hard to explain it in words but if you come along for the journey it’s impossible for you not to feel anything, that’s just the vibe we created as a team," he said.

“I think the cameras captured the moments every time we sang that. People could sort of feel that through their TV screens.

“It’s one of those things where we felt it in the group and it just created something very special.

“We’ve got a few guys that can lead the hymn that we sing before the game, but it’s something in the World Cup that we thought he would probably have the voice to lead us and as you heard he really does have the vocals behind him.

“He led it really well and set the tone for us for what we were feeling as a squad collectively and what we wanted the rest of the audience to feel."

Kikau also revealed the team would make an effort to provide leftover gear to help children in villages in Fiji while also sharing as much culture as possible with players who did not grow up in the country.

"I came from home, I got here (to Australia) four years ago so I went through the struggles," Kikau said.

Which NRL laws have changed?

"To be around the boys who were born here, they learned a lot from us, we share our story and give them a lot of insight what we went through, at school, with limited resources – training in the sand dunes heaps, running on tracks barefoot.

"It gives them an idea of why we show passion when we play and they take it to heart and support the local boys.

"After the World Cup we put unused boots in a box and they take it back home for the local boys. [Former Bati captain] James Storer has been doing it for two years, collecting boots, balls and cones for villages."

As for his own on-field role at Penrith, Kikau hopes his starring performances as a big-minute edge back-rower carry through to this season at the Panthers. He has been named in that spot – with Corey Harawira-Naera and James Fisher-Harris behind him on the bench – for Sunday's season-opener against Parramatta. 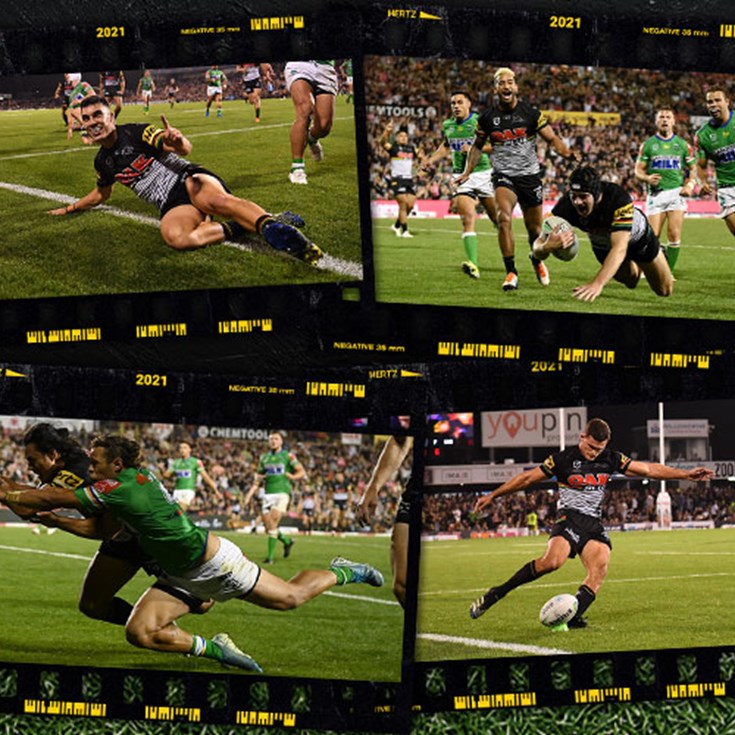