It was a complete carve-up at Pepper Stadium on Saturday as the ISP Panthers hit their straps for a 54-0 win against Blacktown Workers Sea Eagles.

A scintillating first-half saw the Panthers rack up half a dozen tries to shatter the Sea Eagles and consolidate third spot on the competition ladder.

Blacktown paid the price for a slow start conceding twice in the opening seven minutes after gifting possession to the Panthers in prime position.

Christian Crichton crossed over in the third minute after a pass from Wayde Egan caught the defence short on the right edge, before Tyrone May’s solo run found the Blacktown defence flat-footed. Darren Nicholls would kick one of two to give his side an early 10-0 lead.

The Workers continued to shoot themselves in the foot and were caught out again by Egan in the 18th minute. The hooker took advantage of some slow defence to dive over from dummy half and hand his side a 16-0 lead following Nicholls’ conversion.

Nicholls would go over himself in the 24th minute after another raid on the Blacktown try line. Viliame Kikau carried his side deep in to Blacktown’s half allowing May to turn provider for Nicholls to wrestle over underneath the crossbar. He would convert his own try as the Panthers stretched the margin out to 22 points.

Maiko Sivo rose above his opposite winger to grab a Nicholls kick on the half hour mark, before Jarome Luai grabbed Penrith’s sixth of the half on the siren after jinking his way through the Blacktown defence.

Nicholls converted both efforts as the Panthers went in to the break with a commanding 32-0 lead.

Crichton registered the opening points of the second-half with a carbon copy effort of his first. Egan again went the short-side to his centre who brushed off the defence to stretch their lead to 38-0 after Nicholls’ successful conversion.

Fisher-Harris marked his return from injury with a try on the hour mark with a typically full-throttle run to the line, which Nicholls converted to make it 44-0.

Nicholls was at the heart of the action again in the 66th minute when his pin-point cut out pass put Sivo over out wide, before Luai’s second nudged the Panthers past the half century and put an exclamation mark on a dominant performance and wrap up a convincing 54-0 win. 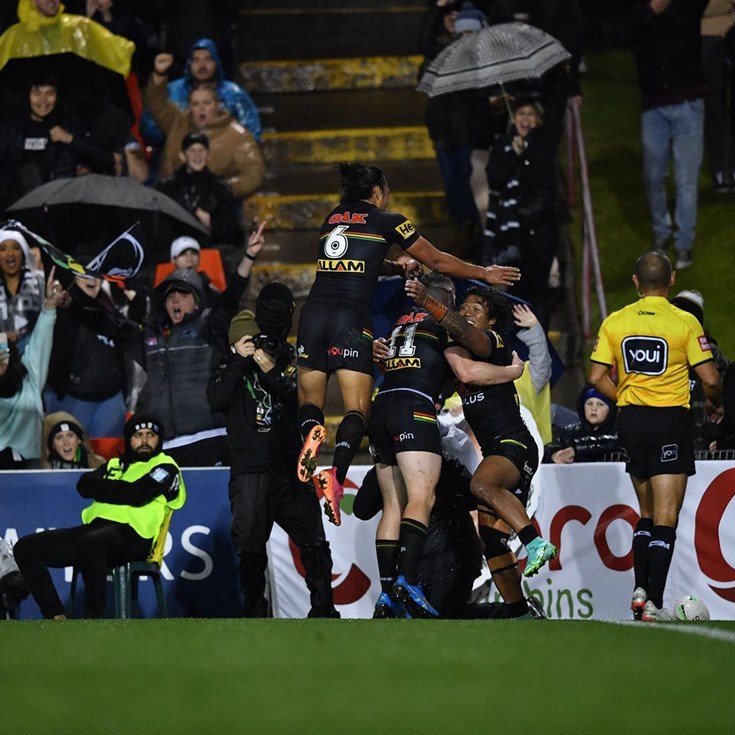