The Panthers ISP side were forced to share the points with the Warriors after a frustrating 26-all draw at Pepper Stadium on Saturday.

A see-sawing contest ended all square with both sides walking away believing they deserved the win.

A rusty start from both sides eventually settled when the Panthers had the first crack at the Warriors line and scored in the tenth minute. A quick play the ball from Dylan Edwards allowed Samisoni Langi to pounce on some slow defence and scoot over from dummy half. Edwards’ conversion was off target and the score remained 4-0.

The Warriors were quick to respond as they got on the scoreboard in the twelfth minute thanks to an acrobatic finish from Junior Pauga. Tuimoala Lolohea found space on the right wing and delivered a cut-out pass for the winger to dive over in the corner. Mason Lino’s conversion was successful from the corner to give his side a 6-4 lead.

A tightly-contested half was being played out as both sides cancelled each other out before the Panthers scored consecutive tries late in the half to blow the game open.

Te Maire Martin crossed over in the 35th minute after a show and go caught the defence off-guard to allow the halfback to sprint through the line, as Edwards added the extras to make it 10-6.

Mitch Rein was next to score just three minutes later when Jack Hetherington poked through the line to offload to a supporting Rein who had the simple task of putting the ball over the line. Edwards’ kick would sail wide as the Panthers took a 16-6 lead back to the sheds.

The Panthers carried their momentum in to the second half when Edwards gathered a grubber on his own try line before stepping a defender and sprinting 100 metres to score. He would convert his own try to push the score out to 22-6.

The Warriors were at risk of letting the game slip away but they found a way back in to the contest in the 48th minute thanks to Toafofoa Sipley. A short ball from dummy half found the rampaging forward to crash over next to the uprights. Lino had no troubles converting to bring the score back to 22-12.

The same scenario repeated itself in the 55th minute as Sipley grabbed his second try from close range, before Lino’s conversion made it 22-18 to bring the Warriors back to within striking distance.

The Warriors would strike ten minutes later when Semisi Fotu brought his side level after an overlap opened up space for the centre to exploit. Lino’s fourth straight conversion put them ahead 24-22.

But the Panthers weren’t to be written off yet and they regained the lead in the 70th minute after Darren Nicholls came off the bench to provide the assist for Tyrone May to dive over. Edwards’ conversion was skewed wide to keep the score at 26-24.

Some ad-lib football from the Warriors nearly led to a Nicholls intercept to wrap up the victory for the home side. Instead the visitors would receive a penalty in the 78th minute, which would lead to a Lino penalty goal, to lock the scores up at 26-all.

A Warriors error from the kick-off presented the Panthers with one last chance to clinch victory but a Martin drop goal was smothered before Edwards’ attempt fell short as the game ended all square. 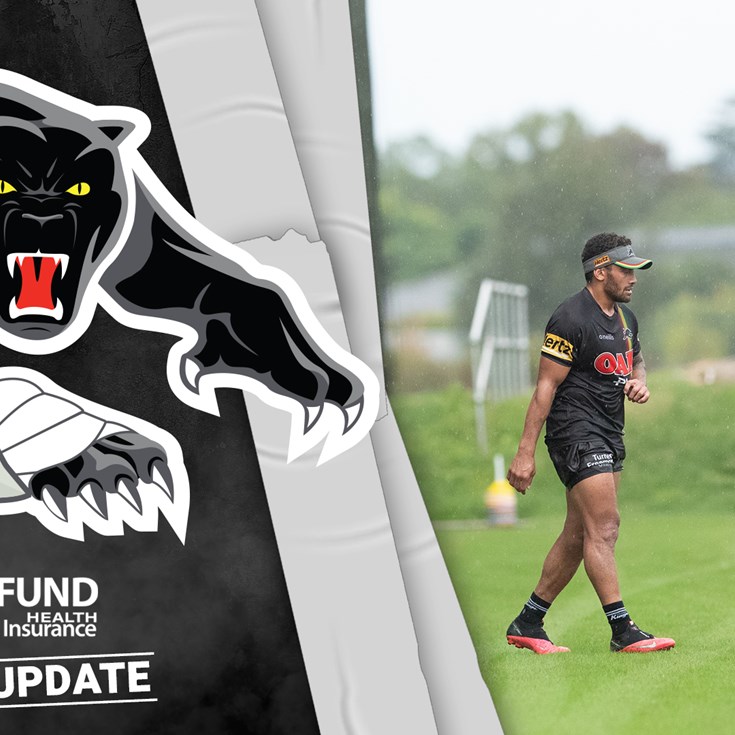