Panthers’ enforcer Trent Merrin has reflected on the team’s big win against the Knights last weekend and spoken of the challenge they face when they travel to take on a red hot Melbourne outfit.

Speaking to Big Sports Breakfast, Merrin revealed there was still plenty of improvement on the defensive end despite holding their opponents to nil last Friday.

“We learnt a lot from that game,” said Merrin.

“Defensively we weren’t at our best. We saw a few of the stats after the game and they weren’t up to our standards.

A lot of work needs to be done, especially coming up against Melbourne this week.”

The Panthers’ record in Melbourne doesn’t make for pleasant reading, having never won at AAMI Park and winning only once against the Storm since 2006.

However, Merrin refused to accept this weekend’s opponents had the measure of his side.

“I don’t really believe in the hoodoos too much.

We’re just focusing on what we can do throughout the week.”

Asked how the Panthers would look to earn their first victory, Merrin said the team wouldn’t be going away from what they know.

“If the spaces present themselves, we’ll definitely take them on,” he said.

“Not much will change on our end; it’s more of the defensive game we need to focus on.”

One player the Panthers will have to watch out for is Billy Slater.

The Queensland State of Origin representative recently made his long-awaited return to the top grade and Merrin expects him to pose the same threat he did prior to his injury lay-off.

“He’s always been a threat,” he claimed.

“A year or so out of the game doesn’t change much with him.

We have got to watch out for him, most definitely; he’s going to pop up when you least expect it.” 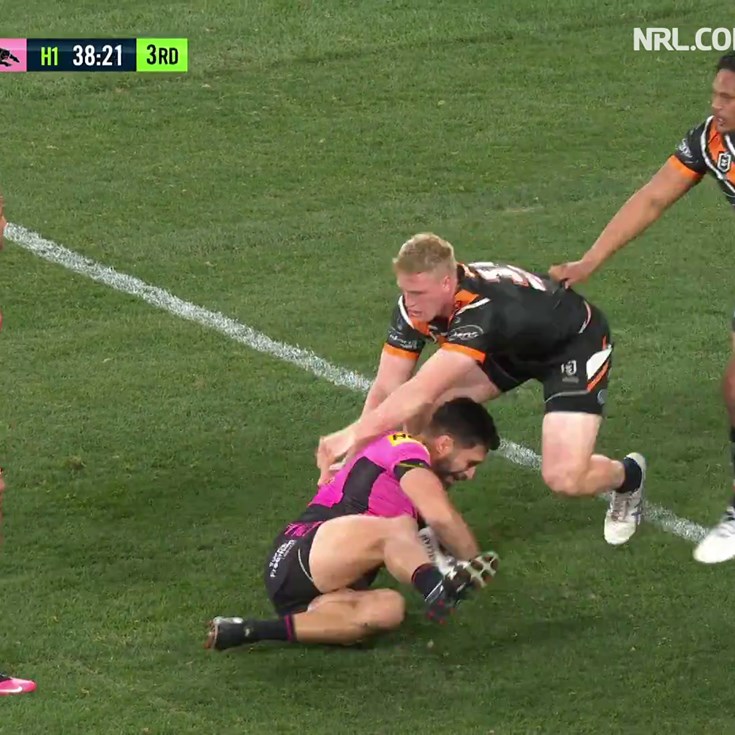 Training intensity is key to the grind: Cleary