Peta Hiku has opened up on his earlier than anticipated return to action following a facial injury and the challenge he faces to get back in the starting side.

Hiku was forced to sit out of the clash against the Tigers after a swinging arm fractured his eye socket during the season-opener against St George.

Despite the incident going unpunished by the NRL Match Review Committee, he acknowledged it was part and parcel of playing football.

“They came out with a lot of aggression and I happened to be taking one of our first hit-ups and got hit clean,” Hiku said.

An initial diagnosis had him sidelined for over a month, but the centre came off the bench against the Roosters and admitted he was feeling the pinch as he waited to get on the field.

“It was like my debut all over. I was that nervous, which made it worse as I was sitting on the bench.”

Looking ahead, Hiku knows he has a lot of work to do to get back in the starting side given the impressive form of the outside backs within the squad.

Tyrone Peachey continues to dazzle in the centre spot Hiku vacated following his season-ending injury in 2016, while the return of Dean Whare and the emergence of Waqa Blake and newly-capped Kiwi international Dallin Watene-Zelezniak has increased competition.

“Everyone knew, coming back this year, we (he and Whare) were going to be hungry to get back on that field. Everyone has picked up their game.

“I have to put my head down and work hard. That’s all I can do.” 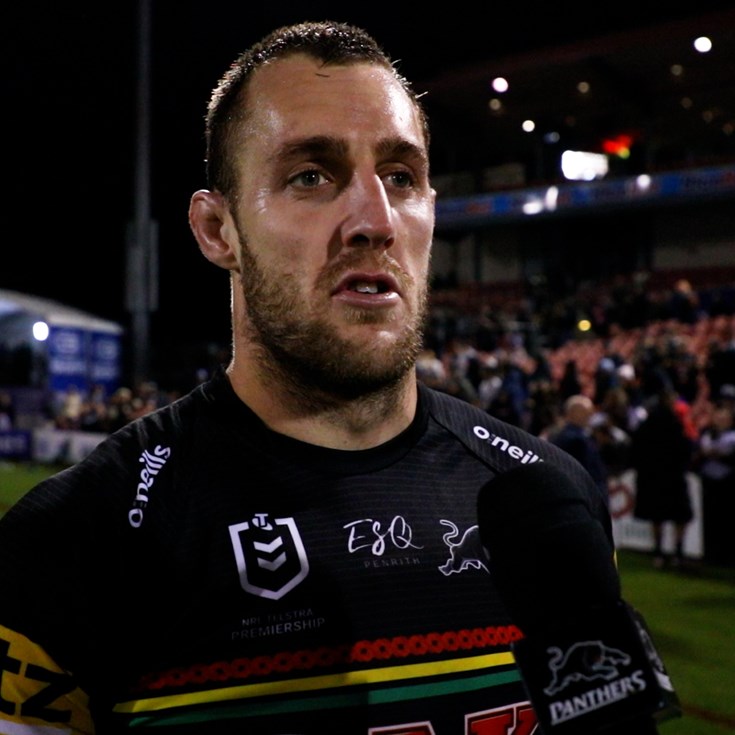