Penrith's 18-6 trial win over Parramatta on Saturday night carried plenty of positive signs and coach Anthony Griffin offered cautious praise of some of his up and coming key men, including five-eighth Te Maire Martin.

The combination between young playmakers Martin and Nathan Cleary improved as the game went on as they and fullback Matt Moylan began to gel better. Bryce Cartwright, playing in the back row after finishing 2016 in jersey No.6, produced some typically dangerous offloads and looks to have adjusted to a move back into the forwards.

Martin scored the opening try of the game, supporting some nice lead-up work from Moylan. He produced a nice pass to send Moylan on a long run in the second half and from the following play launched a pinpoint cross-field bomb for winger Dean Whare to score.

Griffin described Martin's trial form as "good" when speaking to reporters after the game.

"He's gaining confidence; I thought the longer the game went, the better he got," Griffin said.

"He's starting to build a little bit of combination there with Matt and Nathan."

HEAR FROM MATT MOYLAN AFTER THE GAME

Griffin noted it was the first run for the full-strength spine (hooker Peter Wallace also had a good game and produced some wonderful kicks out of dummy half) after Moylan sat out last week's trial.

"Last week Matt didn't play and we only wanted to give him one half of football so this week he got to play a little bit longer with Nathan and then having Matt around him, and he handled that okay in attack," Griffin said.

"[Martin] has obviously got a couple of areas to work on as we all do at this time of the year. I thought he got a bit of confidence out of that second half, threw a couple of nice balls and scored a try himself."

Aside from the halves combination, the other key talking point for Penrith's 2017 line-up was how to fit so many class centres into their 17. Last year's first choice pair of Dean Whare and Peta Hiku continued their comebacks from respective ACL surgeries with both playing wing in place of Josh Mansour and Dallin Watene-Zelezniak (both knee injuries).

Tyrone Peachey, who was a breakout star at centre last year after being thrust in there out of necessity, was the best player on the park on Saturday night with countless blockbusting runs and has trained the whole pre-season at centre with the spot now his to lose. Waqa Blake has the inside running on the other centre spot though his trial was hampered by a minor leg complaint.

"Well, the other guys have got to get past him," Griffin said of Peachey.

"He finished last year as a great centre for us. His game last week in the All Stars and then [Saturday night], he's in really good form. I'm happy with what he's doing there."

"I was really happy with Dean and Peta as well tonight. After last week, they both looked a bit more comfortable and stronger and they both got through the game well.

"Losing Dallin and having Josh on the sidelines, obviously we need those guys. I thought Dylan Edwards did a great job too when he came on. He's a really good kid, he can play fullback or wing either side. He gives us some options there." 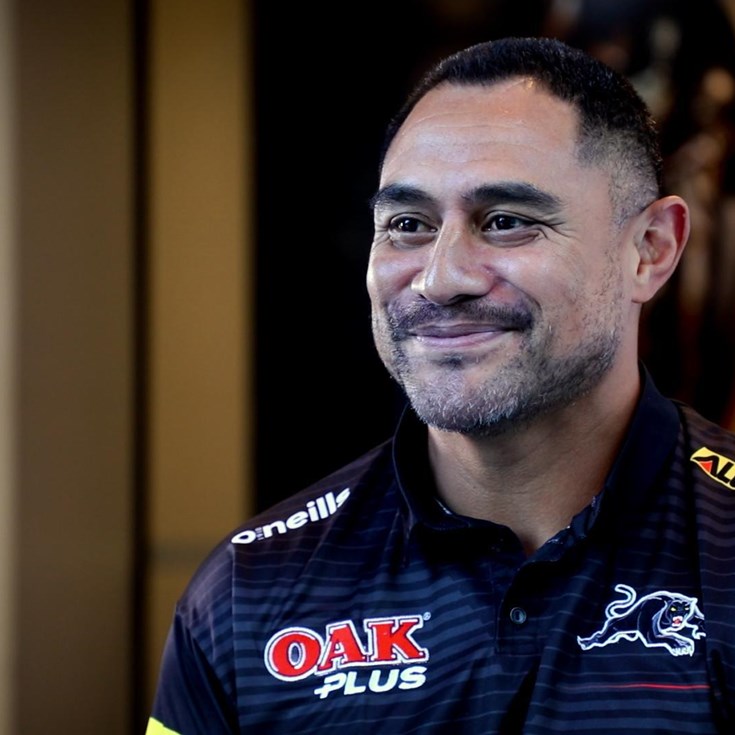