The inaugural Panthers Tarsha Gale Cup side has tasted early success with a convincing 28-12 trial game victory over the Eels at Patrician Brothers Blacktown last Saturday.

Both teams showed some great skills early in the contest before Parramatta broke away to run the length of the field for the first try of the game. They followed this up with another quick try, putting the Panthers on the back foot. The first quarter finished with the Eels leading 8-0.

The second quarter began with some strong attack by the Panthers with Jaime-Lee Davies scoring the team's first try at the ten-minute mark. The rest of the quarter was dominated by the Panthers and with the girls now building momentum, Jodi Leota-Hughes and Jasmine Moeroa hammered away at the Parramatta defence to allow Lorna Shepherd to score Penrith's second try.

With the scores now locked at 8-all, Ashlee Harrison broke away at the 14-minute mark to run almost the length of the field. After some clever follow-up play, Shepherd touched down for another try, putting the Panthers in the lead at the halftime break.

Parramatta's dynamic fullback broke away at the beginning of the third quarter for a length of the field try but the Panthers hit back quickly with a great piece of short side play to score.

They quickly followed this up with some vibrant offence, allowing Emma Parker to score their sixth try at the 26-minute mark. As the siren sounded for the third quarter break, Penrith's Nikita Katoa touched down under the posts, but the play was called back for a knock on.

The Panthers defence tightened up in the final quarter, allowing them to win the ball back and score their final try of the day at the 29-minute mark.

The final minutes of the contest were tense as Parramatta slowly crept up the field but again the Panthers were able to tackle well and protect their try line until the full-time siren sounded.

With the Tarsha Gale Cup competition scheduled to begin on February 11, the Panthers face Canterbury Bulldogs in their final trial game at Saint Marys Stadium next Saturday. 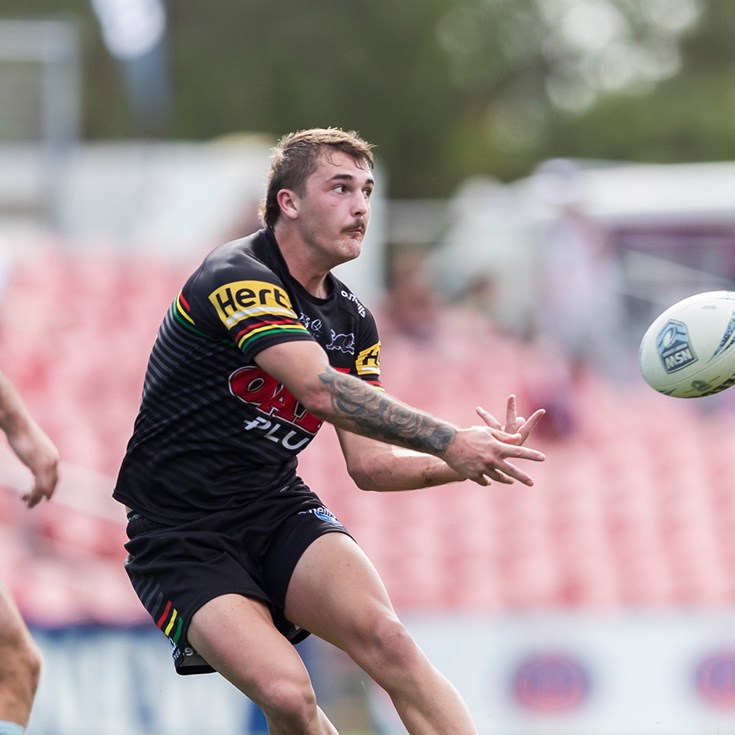