Panthers utility Tyrone Peachey is preparing to push his claim to remain in Penrith's centres despite the return from injury of some high-profile teammates in 2017.

Peachey was only forced into Penrith's three-quarter line in Round 9 last season after a swathe of injuries which ruled star Test backs Dean Whare and Peta Hiku out for the year but he made the spot his own.

His attacking brilliance was one of the highlights of Penrith's late-season surge to the second week of the finals despite the back-rower and occasional five-eighth or hooker never having played there before.

With Whare and Hiku both easing back into full training and expected to be fit for Round 1, Peachey has a fight on his hands to convince coach Anthony Griffin to leave him in what he now says is his best spot.

"I've been training there – I'm happy to stay at centres," Peachey said at the launch of the Downer NRL Auckland Nines on Wednesday.

"I really enjoyed my time there. I think I probably had my best year I've had in the NRL there so I want to stay there and it's up to 'Hook' (Griffin) and how everyone performs in those first trials.

The absence of star winger Josh Mansour due to an ACL injury for the first half of 2017 will open up one spot in the Panthers backline which Hiku or Waqa Blake could fill in the opening stages of 2017, but Peachey insisted it was way too early to start thinking about the Round 1 team with so much of pre-season plus all the trials and Nines to go.

"There is [huge competition for spots] and it's been showing in the training, everyone's been training hard because everyone literally is playing for spots," he said.

"Everyone is hoping that we have a good year like we did last year and everyone stays healthy, I think we can go far in the comp."

Something else Peachey didn't want to speculate on was whether another successful mid-season position switch – that of back-rower Bryce Cartwright to five-eighth – would be reversed next season with young gun five-eighth Te Maire Martin back in contention.

Either way, young star halfback Nathan Cleary will be one to watch in 2017, according to Peachey.

"We've got no idea who's going to be playing there. Carty killed it there last year as well so it's going to be crazy with the trials and everything and how the team's going to be selected," he said.

"[Cleary] has matured. I was speaking to him the other day; he's only played [15 NRL games] so he's still got a fair way to go but you can see in his training he has matured and he's even put on a bit more size than last year so we can hopefully expect big things from Nath this year."

Peachey played in the inaugural Auckland Nines competition and is hopeful of making his second trip to the tournament when Penrith's 2017 Nines squad is named.

"I played the first year, it was awesome. I think it's the prefect kind of football for me," Peachey said.

"It takes out the big boys, they're not as big and look a bit more tired out there and there's a lot more space so it will be good for me hopefully.

"I really want to go this year and I can't wait for it to start, it's the first game of the year."

Asked if he'd be looking to twist his coach's arm though, Peachey noted Griffin was not a man easily persuaded. "It's his way or the highway!" he laughed.

This article first appeared on nrl.com 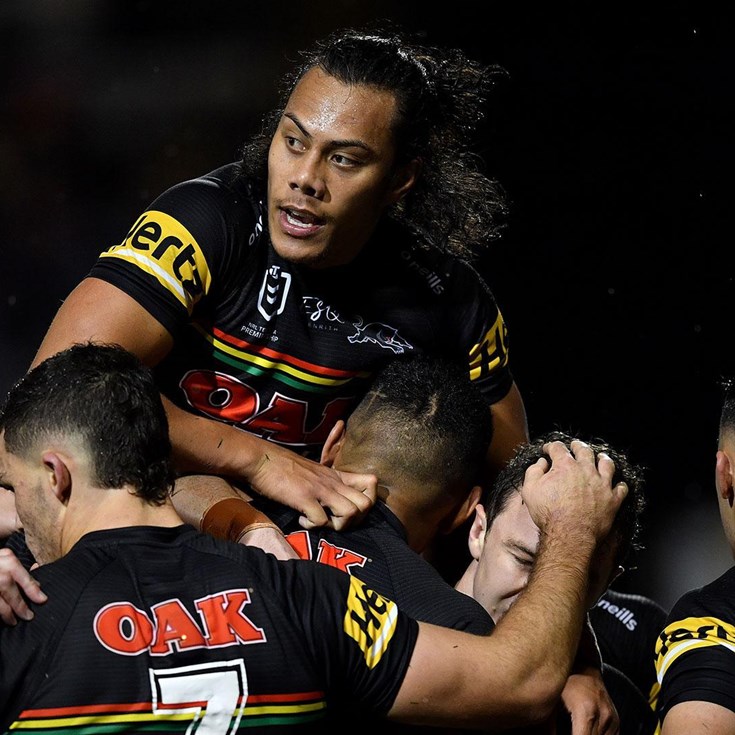